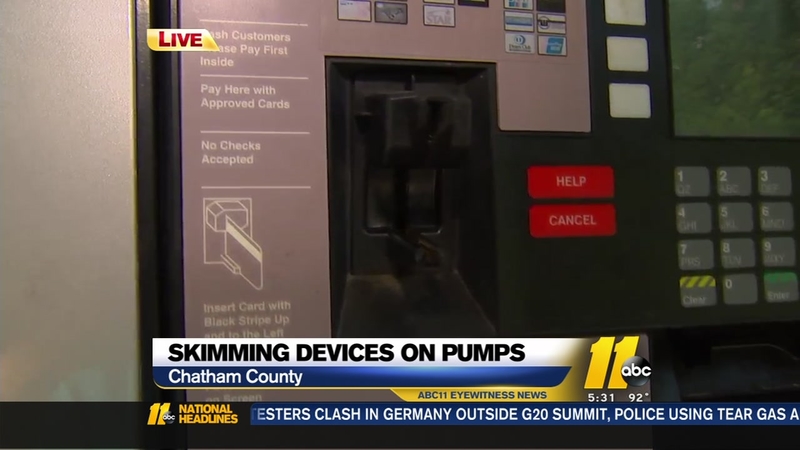 The devices were found at the Wilsonville General Store at 10580 US 64 East in Apex.

Becky Devoies says she constantly worries whether her credit card information will be taken.

"That's kind of disturbing when I found out they (devices) were here and hopefully it's not going to happen again," she said.

An employee spotted them and immediately reached out to authorities.

Authorities say the pumps are checked monthly and the skimming devices were found during the most recent review.

Officials were not able to say how many people were victimized.

Customers, such as Steve Ellis, said the discovery won't stop him from using his card here.