'I did not really think,' says Paris migrant who climbed building to save child 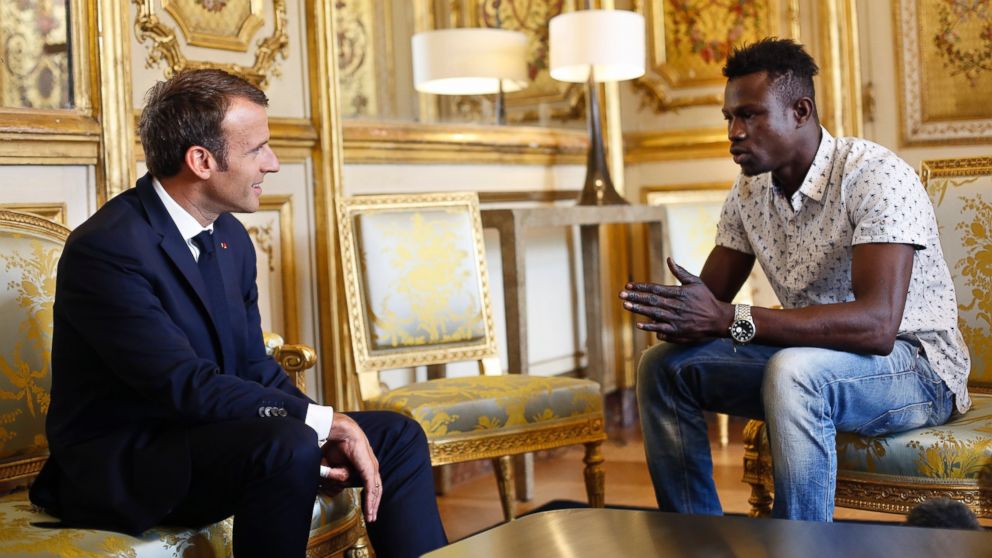 PARIS -- A West African migrant is being praised in France for scaling a building to save a boy hanging from a fourth-floor balcony in Paris. The man, Mamoudou Gassama, will be made a French citizen, the Elysee Palace announced today.

Gassama's act was caught on video and went viral on social media. The incident happened on Saturday night in the north of Paris, the Malian migrant told French media.

Gassama was in the neighborhood to watch a soccer match in a local restaurant when he heard people screaming and cars honking in the streets.

When he saw the young child dangling from a balcony, Gassama climbed up four floors of the apartment building and rescued the boy in less than one minute. When emergency services arrived at the scene, he had already pulled the child to safety.

The child was slightly injured, according to French authorities.

The 22-year-old Malian was invited to the Elysee presidential palace Monday morning where he met French President Emmanuel Macron.

"I did not really think, I started climbing directly," he told Macron. "As I was climbing up, I felt more and more confident."

Gassama also spoke to Paris Mayor Anne Hidalgo. He told her he arrived from Mali a few months ago and wished to stay in France.

"I replied that his heroic gesture was an example for all citizens and that the city of Paris will obviously be keen to support him in his efforts to settle in France," Hidalgo wrote on Twitter.

It took less than 48 hours for French authorities to respond to Gassama's wish. The Elysee Palace announced Monday he will be made a French citizen and has been offered a job by the Paris fire brigade.
Report a correction or typo
Related topics:
abc newsnational
Copyright © 2021 ABC News Internet Ventures.
More Videos
From CNN Newsource affiliates
TOP STORIES