Man says he was arrested for recording Wake Forest police 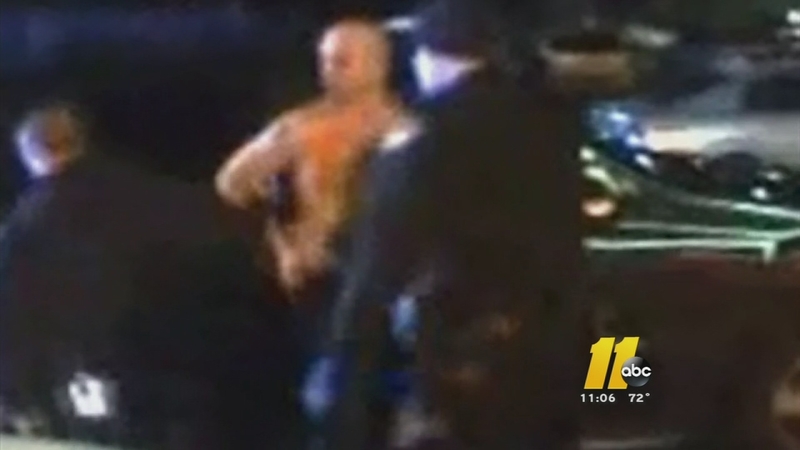 Man says he was arrested for recording Wake Forest police

WAKE FOREST, NC (WTVD) -- The Wake Forest Police Department says an officer has "been dealt with", but can't comment further after a man was arrested while videotaping the arrest of a friend.

The incident happened at an Irish pub in February. Robert Johnson told ABC11 he was nearby when his friend got into a confrontation with the bar staff.

"I guess the bouncers were arguing with him for being loud or whatever," said Johnson.

That's when things took a turn in his direction. Minutes into the recording, you hear an officer tell Johnson they're going to take his phone.

"He said that he needed my phone for evidence cause I was videotaping the arrest, but I know that wasn't right, so I kept taping," said Johnson.


That's when the officer took the phone by force.

"He grabbed my other hand that was not in a cast and twisted it back and was trying to slam me on my face which eventually happened," said Johnson.
The next thing you hear in the recording is the officer trying to turn it off.

"How do you stop your phone?" the officer asks.

Johnson was arrested for resisting and obstructing an arrest. Within just a few weeks, the charges were dropped and he got his cell phone back.

But he says the experience is having lasting effects on his effort to turn his life around. He's on probation for an assault in 2013, so his probation officer had to be notified and the arrest still shows up online.

"It looks bad if I try to get a job, I go to school, it just ruins a reputation," he said. "You should never get your phone taken or taken to jail just for videotaping an arrest."

Johnson said he's filed a formal complaint and is now contemplating a lawsuit.

A spokesperson for the police department acknowledged the officer made a mistake but couldn't elaborate further on a personnel matter.