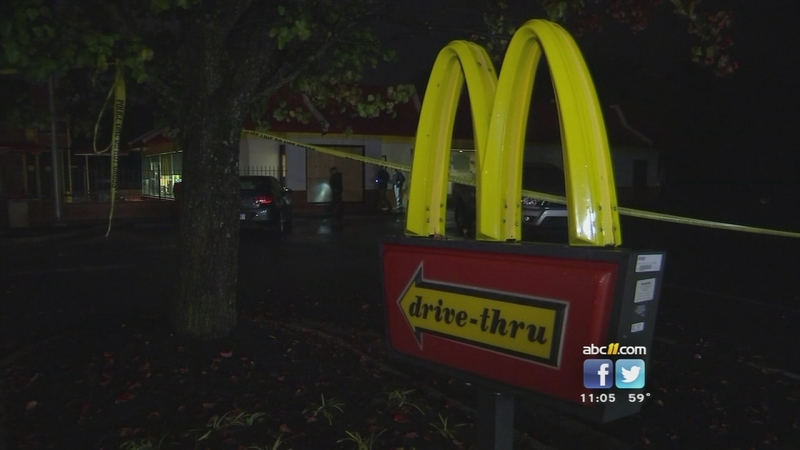 One eyewitness said he was inside the McDonald's and was about to walk out when he saw a man walk up with a shotgun.

"Me and my dad were about to walk outside to my truck so we could leave and I saw a guy get a shotgun out of his car. Then I realized he was arguing with another man So we both got away from the door and told the manager to lock all the doors," said the eyewitness who did not want to be identified.

This eyewitness went on to say, "we all heard the gunshot, the front glass was shot out and the victim came running inside asking for help."

He said a McDonald's employee seemed to know the victim and was frantically trying to help. That's when he called 911.

Police said it happened around 4:15 p.m. and that the victim had been shot in the chest with a 12-gauge shotgun as he entered the restaurant. He was rushed to Duke where his condition was unknown.

Witnesses gave police a description of the shooter and 23-year-old Eric Goss was taken into custody at his home on Harkey Lane.

A man who identified himself as Goss's brother told ABC11 the suspect had a fiance who died a year ago. He had recently started dating an employee at the McDonald's but had been arguing with another employee who also wanted to date the woman.

The brother said this escalating feud likely led to the shooting.

While the victim's name has not yet been released, ABC11 has spoken to several people by phone and on social media about him and they say the victim's injuries are very serious.