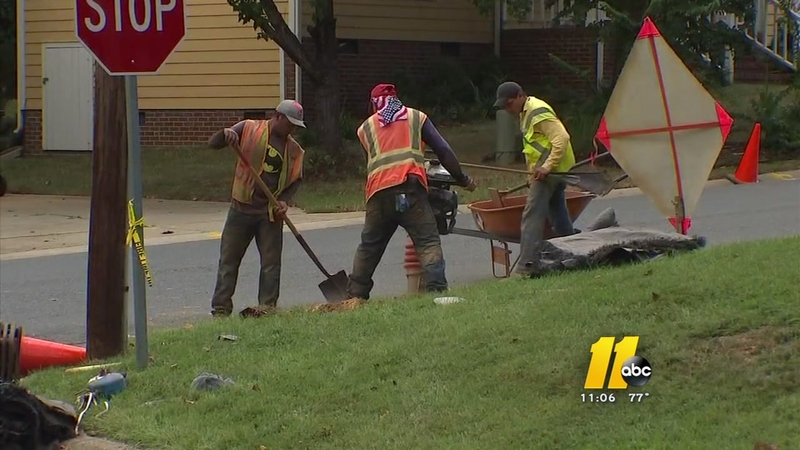 RALEIGH (WTVD) -- A Wake County mom is concerned about the safety of her neighborhood after she says AT&T contractors installing fiber optic lines struck a gas line Friday.

It happened in the Harrington Grove neighborhood in northwest Raleigh.

Jennifer Soloway was at home with her two young children when she said her mother stepped outside and smelled gas.

"(She) came in and said 'it smells like gas really, really bad outside,' " Soloway said.

"That says that they're not paying attention to what they're doing," Soloway said. "They're hitting it, they're putting holes in it, so what's happening to the integrity of the gas lines?"

Soloway said she's also concerned about how the situation was handled, saying neighbors had to take it upon themselves to report the break, calling the city, 911, and PSNC.

"The few people who called were told stay inside, don't start your cars," she said. "I saw my neighbors coming and going and there was no mass communication of 'there's an issue, stay inside.' We were cleared for being safe, but you don't know until they get here."

Requests to AT&T and PSNC for comment were not immediately returned.