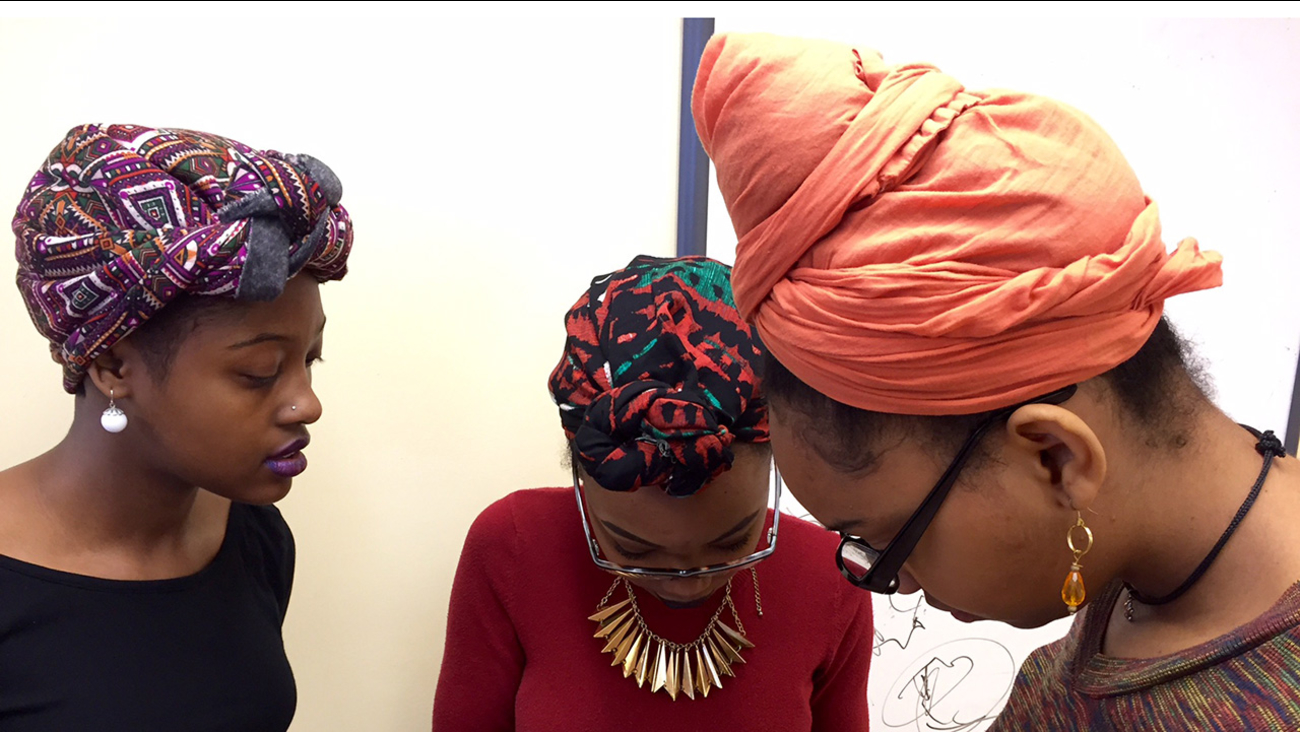 WTVD
DURHAM (WTVD) -- The colorful head wraps known as geles (pronounced gay-lays) are worn by many women as an expression of their connection to the African continent. Advocates consider them symbols of pride and culture.

But an incident at Durham's School for Creative Studies has parents planning what they call a mass demonstration outside the school Monday afternoon.

Dosali Reed-Bandele says her daughter and other teens decided to wear their geles to school to mark the start of Black History Month. But an administrator there told the girls they were violating the dress code and must remove the geles or wear them so that their hair showed.

Reed-Bandele says the girls complied to avoid getting into trouble, but the parents are concerned another message that could be received by their daughters.

"Our girls should be able to express themselves culturally, regardless of whether it's Black History Month or not. They should be able to wear their head wraps," she says. "It happened to me in high school but I had to stand firm to my principal and say, this is a part of my culture."

Plans call for the parents, students and others to gather in the bus parking lot outside the school at 12:40 p.m. Monday afternoon, wearing their geles.

Reed-Bandele expects a significant crowd as word spreads on social media, and her husband says the parents also want Durham Public Schools leaders to adjust the current dress code to accommodate the wearing of geles by students.