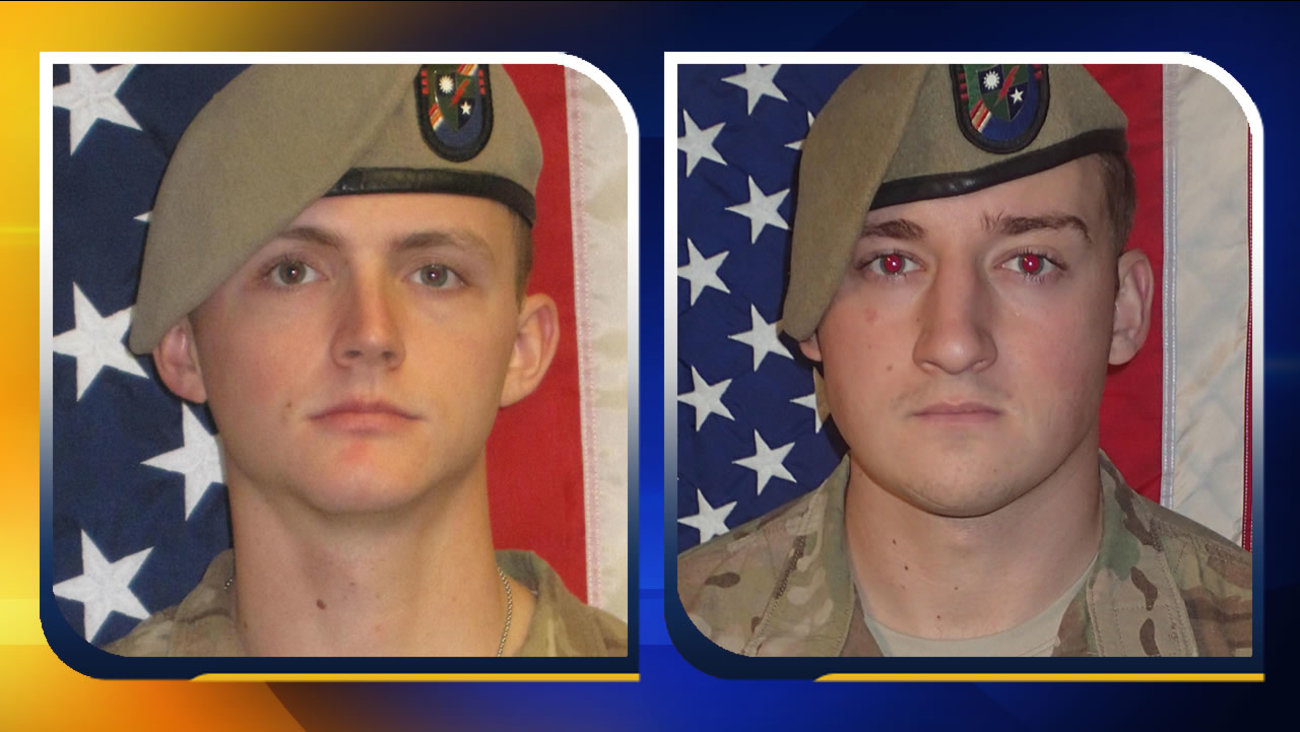 NANGARHAR PROVINCE, Afghanistan (WTVD) -- The Pentagon has released the names of two U.S. Army soldiers killed while battling ISIS in Afghanistan and said it is investigating the possibility they may have been hit by friendly fire.

The military said is it investigating the possibility that the two Rangers were accidentally killed by friendly fire during the more than three-hour nighttime fight.

They were on their third deployment to Afghanistan.

Rogers was from Bloomington, Illinois and Thomas from Kettering, Ohio.

The area where they died is the same district in Afghanistan where an American soldier was killed earlier this month and where the massive ordnance air blast (MOAB) bomb was dropped on April 14.

The Pentagon said the soldiers were hit when they came under attack during a raid against insurgents with Afghan National Defense and Security Forces.

"The fight against ISIS-K is important for the world, but sadly, it is not without sacrifice," said General John W. Nicholson, Commander, U.S. Forces-Afghanistan. On behalf of all U.S. Forces and our coalition partners, I offer our deepest sympathies to the families, friends, and fellow service members of our fallen comrades."
Related topics:
u.s. & worldarmy
Copyright © 2021 WTVD-TV. All Rights Reserved.
More Videos
From CNN Newsource affiliates
TOP STORIES