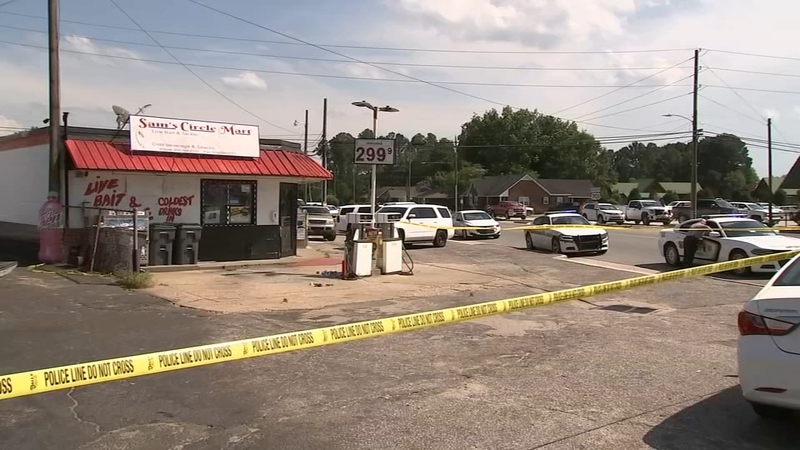 The shooting happened around 2:40 p.m. at Sam's Circle Mart off Highway 701 in Newton Grove.

According to a law enforcement source, the officer shot the suspect in the chest.

The sheriff's office said preliminary reports indicate that the officer had responded to a report of a female victim who had been kidnapped and raped.

The woman is safe, a police spokesman told ABC11.

The name of the individual who was shot has not yet been released. The SBI said he was originally listed in critical condition but was stable. As of Wednesday, he was listed in fair condition.

It was originally reported that the suspect was holding the victim against their will and was armed with a firearm, the sheriff's office said.

It's unclear at this time whether a weapon was found or whether the victim knew the suspect.

"After I came back out, I saw one cop pull up and then...I saw a lot of other cops flooding the streets basically," said Elvia Morales, who was at a nearby business. "And then I saw a lady just walk out and then they took her in and that's all I saw, they just took her"

The Sampson County Sheriff's Office and the North Carolina State Highway Patrol responded to the scene.