South Carolina defensive back Jaycee Horn drops back in coverage against Mississippi on Nov. 14. (Bruce Newman)

CLEVELAND (WTVD) -- The Carolina Panthers stuck to the plan, taking a much-needed cornerback with the eighth overall pick of the NFL Draft on Thursday night.

The Panthers took Jaycee Horn, out of South Carolina, considered one of the top defensive backs available.

The 6-foot-1, 205-pound Horn appeared in 30 games during his career for the Gamecocks and had 101 tackles and two interceptions. He is known for being an aggressive, attacking cornerback and fills an immediate need for the Panthers, who struggled in pass defense a year ago.

Panthers general manager Scott Fitterer said the team was ready to entertain all trade options for the No. 8 pick but wound up keeping it.

Ohio State's Justin Fields was still available when the Panthers made their selection, but the team appeared to show its confidence in quarterback Sam Darnold.

The Panthers are coming off a 5-11 season, prompting Fitterer and coach Matt Rhule to send three draft picks to the New York Jets in exchange for Darnold. The team then traded last year's starting QB, Teddy Bridgewater, to Denver for a sixth-round pick.

The Panthers were also intrigued by Oregon's 6-foot-6, 339-pound tackle Penei Sewell to fill a major need, but the Lions took him with the seventh pick.

It marks the first time the Panthers have selected a cornerback in the first round since taking Chris Gamble in 2004.

The Panthers have eight picks going into the Draft.

There was little drama as the Draft got underway in Cleveland on Thursday night. The Jacksonville Jaguars, led by new head coach Urban Meyer, selected Clemson quarterback Trevor Lawrence with the No. 1 pick.

The star quarterback who led Clemson to a national title and generally is considered the best prospect at the position since Andrew Luck in 2012 has had his name called first by Commissioner Roger Goodell.

Lawrence, a junior, joins new coach Urban Meyer, himself a major success in the college ranks, in trying to turn around a franchise that went 1-15 last season. 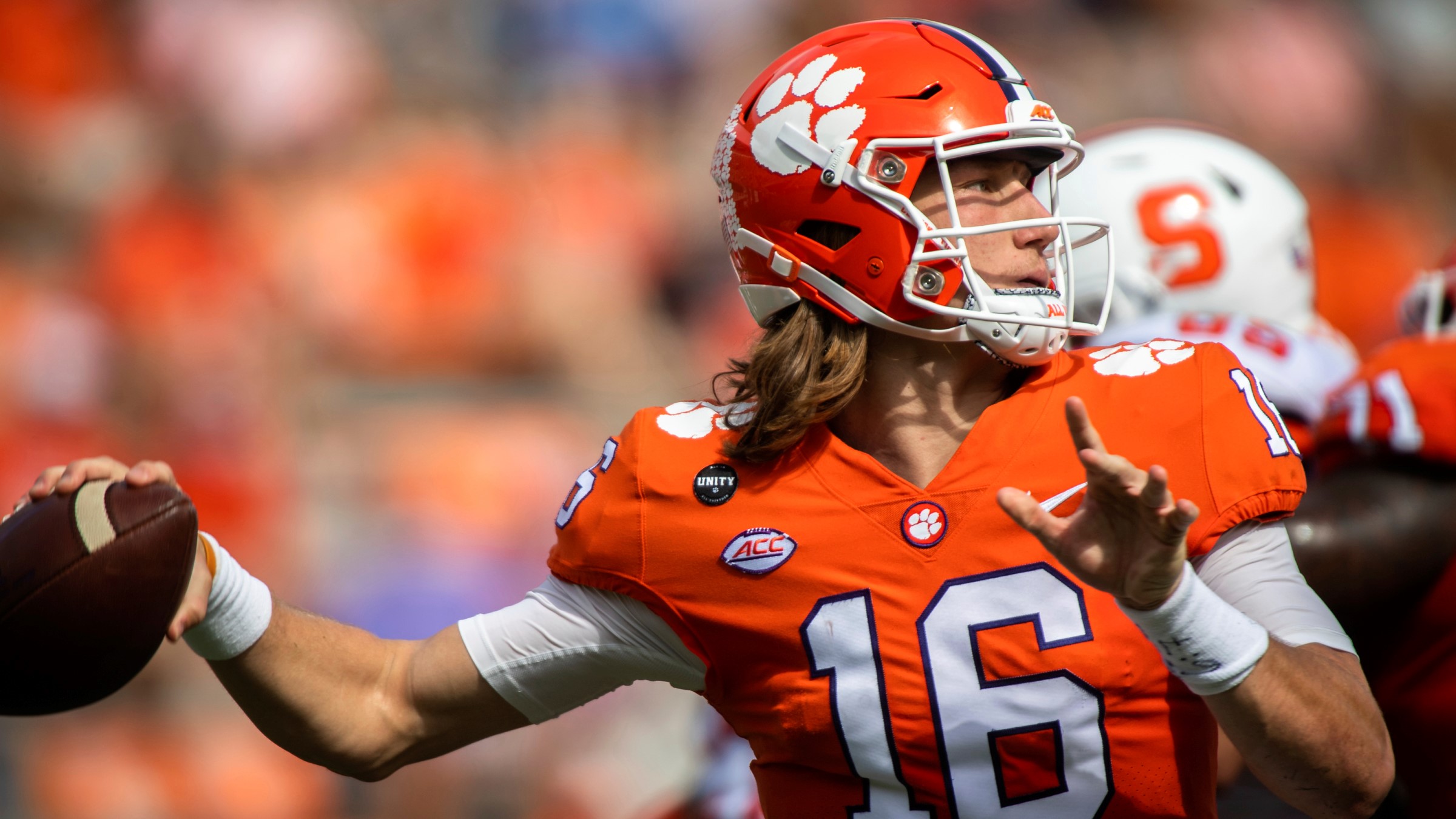 "It's unbelievable. If this isn't a moment to enjoy for me and for all the Jags fans, you need more coffee or you need something else. This is a great-to-be-alive kind of moment, frankly."

In what has been billed a "quarterbacks draft," at least for the first round, Zach Wilson of BYU is the second straight passer to go at the top of the selections.

The New York Jets chose Wilson after Jacksonville grabbed Lawrence. At least three other signal-callers are expected to go in the first 32 picks - and likely early in the round.

LSU receiver Ja'Marr Chase, who sat out last season because of the COVID-19 pandemic, was chosen fifth overall in the NFL draft by Cincinnati, where he will reunite with his college quarterback, Joe Burrow.

At No. 6, Miami has drafted Jaylen Waddle, the game-breaking receiver from Alabama. Like Chase, Waddle also will reunite with his college quarterback, Tua Tagovailoa, in Miami. 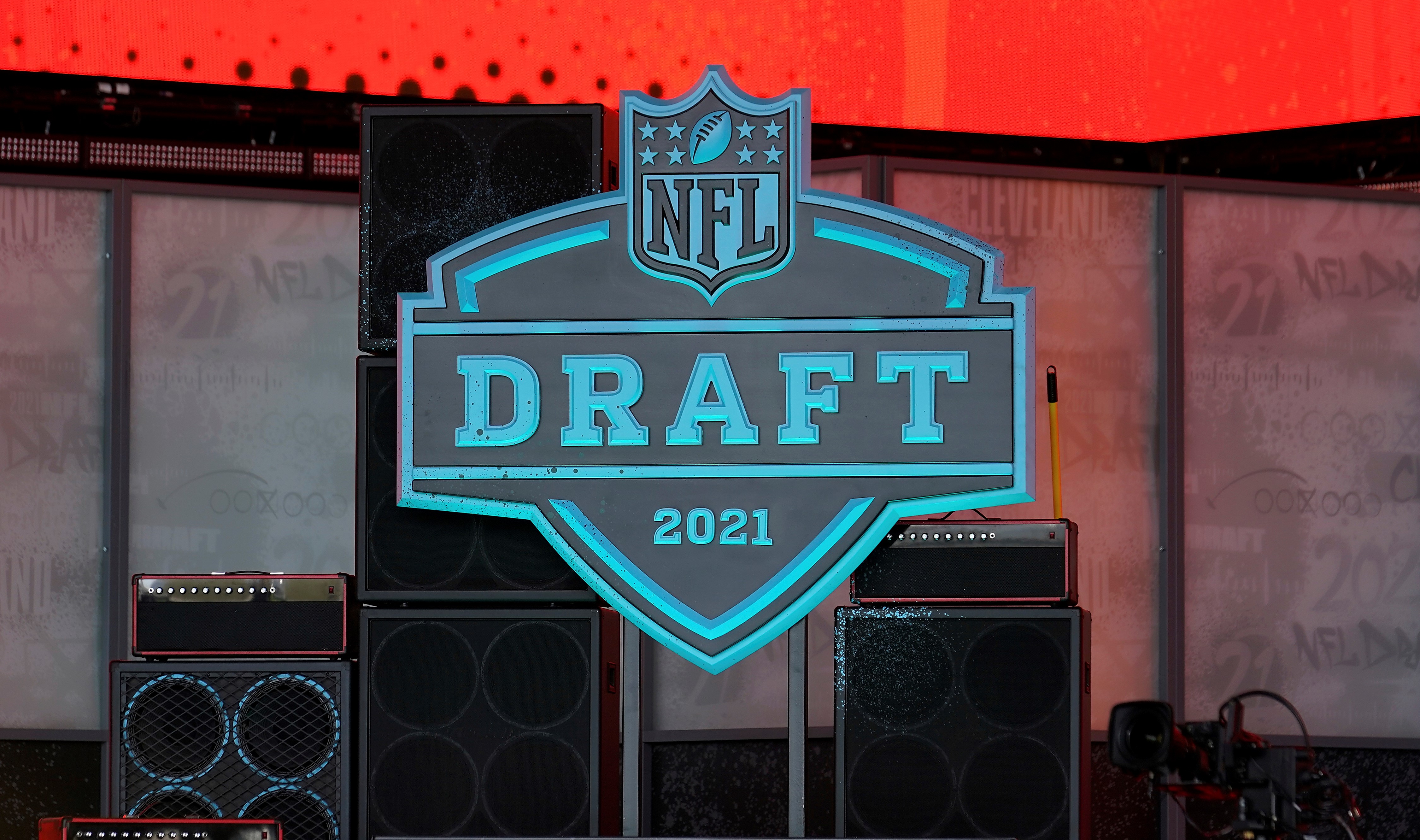