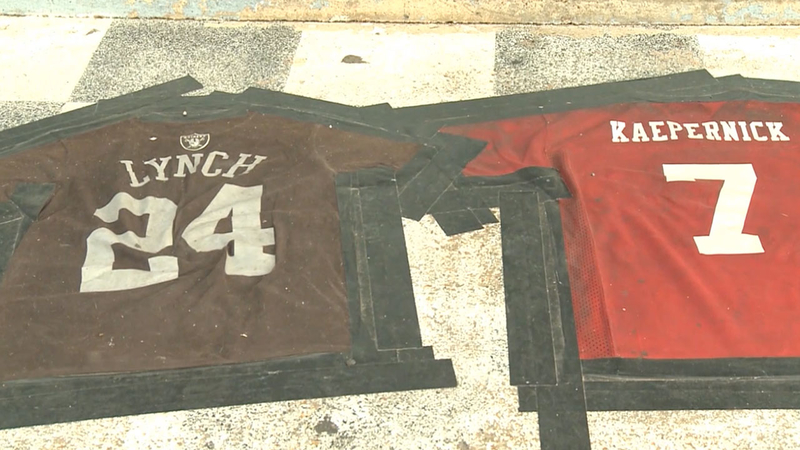 A Missouri bar protesting NFL players' anthem protest says their intention in placing Marshawn Lynch and Colin Kaepernick's jerseys on the ground outside their bar was a peaceful way of responding to the controversy, but not everyone sees it that way.

The jerseys were placed as doormats, and they read "Lynch Kaepernick."

"It put a bad taste in my mouth," Taylor Sloan, who shared a photo of the jerseys on social media, told KOMU. "It just really upsets me when I see people put a faux patriotism guise on racism."

Jason Burle, the owner of S.N.A.F.U Bar, said that he did not mean to send a message about race.

"They were placed the way they came out of the box," he said of the jerseys. "There was no ill intent."

Burle switched the order of the jerseys, but the story spread across social media. Kaepernick himself retweeted a quote calling his actions racist.

"There's a lot of racism in this country disguised as patriotism."–Colin Kaepernick https://t.co/wA7irGZxrQ

Others took to the bar's Yelp page to react to Burle's actions, bringing the restaurant's average down to one star.

"Eat here if you would like your hard-earned dollars to support racists who find lynching amusing," reads one of the dozens of negative reviews.

The restaurant owner said that "It's not a race thing."

Burle, who displays photos in his bar of customers and family members who have served, said his actions were motivated by support for the military.