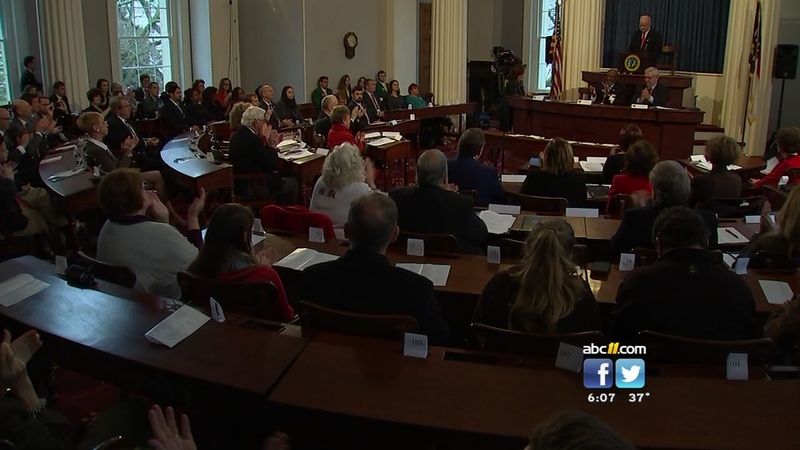 RALEIGH (WTVD) -- The 15 North Carolinians whose votes actually elect the next U.S. president followed script and cast their ballots for Republican Donald Trump.

The presidential electors meeting in Raleigh Monday all followed through on their pledge to cast their electoral votes for Trump. The vote is part of the formal process to choose the next president.

Last month's statewide popular vote determined the electors nominated by the North Carolina Republican Party would cast the official ballots for the state. The electors were petitioned to follow their conscience and deny Trump the presidency by voting for someone else.

About 100 people gathered outside the Capitol building

About 100 people gathered outside the Capitol building to protest Monday morning.

The electors say they have received harassment in the form of numerous phone calls and letters as well as a handful of formal petitions to change their vote from Trump.

"My good friend Ann here actually got some sort of irritant in one of the letter. My son had his car vandalized," said Mike Delk, President of the NC Electoral College Sunday night during a rehearsal. "Other people have received threats, attempted bribes."

The electors promised they would not be swayed by those actions.
A vigil organized by Unite for America, a bipartisan group, was held outside where the electors rehearsed.