No settlement yet in Vortex ride accident at NC State Fair 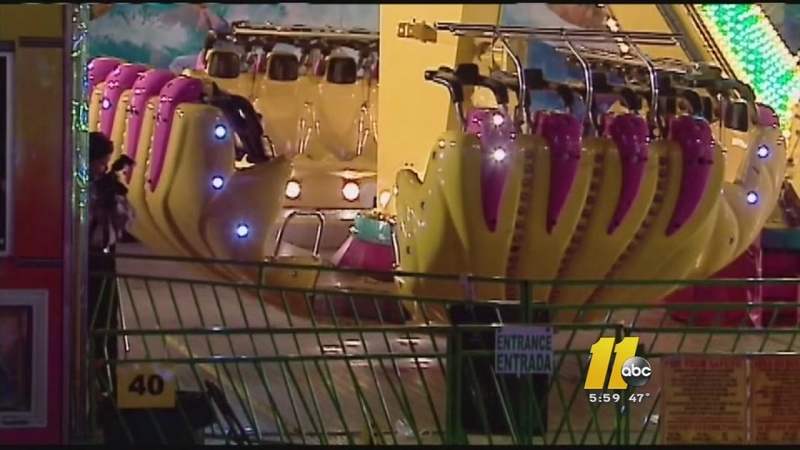 No settlement yet in Vortex ride accident at NC State Fair

GREENSBORO, N.C. (WTVD) -- A settlement agreement over one of the worst accidents in the history at the North Carolina State Fair has been delayed by a federal judge in Greensboro.

Judge Catherine Eagle said she didn't have a problem with the settlement amount but did want more information about how some of the money would be used.

The Gorham family is primarily involved in the civil suit. They were among those seriously injured when the Vortex ride malfunctioned.

According to court documents, "They were in the process of disembarking from the Vortex when it suddenly and forcefully lurched back into operations again, violently throwing the plaintiffs to the metal platform below from a height of approximately 20-30 feet above."

The documents say the two men in charge of the ride, Tim Tutterow and Joshua Macaroni "negligently altered, jimmy-rigged, and re-wired circuitry controls to the Vortex" in order to speed up the turn-over time between boarding and off-loading.

What's more, the documents allege Macaroni and Tutterow "attempted to keep their re-wiring and bypass alterations to the Vortex safety mechanisms purposefully hidden from North Carolina State Fair inspectors. It was reasonably foreseeable that such negligent conduct and electrical tampering by these two untrained, unskilled, non-certified, novice Defendant would more than likely lead to the malfunction of the Vortex."

For the people who were thrown, including at least three in the Gorham family, injuries were serious and ran the gamut: severe head trauma, brain injury, broken neck, fractured skull, and vertebrae.

Michael Jones, the victims' lawyer, told ABC11 the family is managing as best as can be expected.

"The family said it earlier - it's a new normal they've had to go through," said Jones. "Again, there have been some horrendous injuries they've suffered and they're still recovering."

If and when the settlement is approved, and that looks likely, it doesn't end the civil case. The family is still in litigation with the company that puts on the fair, Powers Great American Midways.