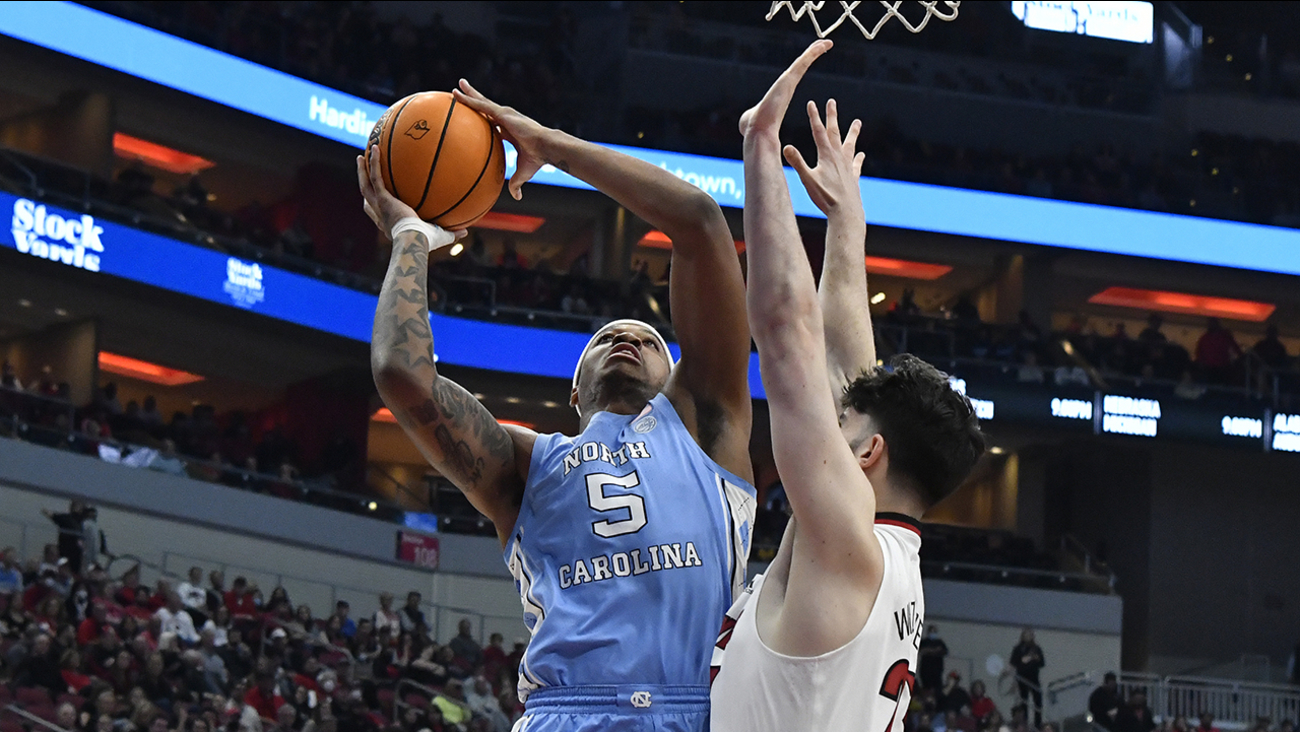 Leaky Black's 3-pointer with 2:10 left in the extra session broke an 81-all tie and North Carolina led the rest of the way.


The final 1:10 was highlighted by a pair of technical fouls against Louisville that led to four-made foul shots for North Carolina to seal the win.

Jae'Lyn Withers was whistled for a dead ball contact technical foul when officials ruled he shoved Bacot to the floor after the whistle blew when Bacot and Louisville's Matt Cross got tied up for a loose ball with 1:10 left. Caleb Love sank the technicals for an 86-81 Carolina lead.

Noah Locke responded with two foul shots for the Cardinals with 59 seconds to go to reduce the deficit to three. North Carolina turned it over, and on the Cardinal's ensuing possession, Cross' deep, straight-on 3 attempt hit the rim and ricocheted to the left baseline. On the bounce, however, Louisville's Syndey Curry was controversially called for an offensive foul boxing out Bacot, who appeared to hook Curry with his left arm and push off. In his irate response, Cardinals interim head coach Mike Pegues was called for a technical foul upon slamming his hand on the scorer's table.

Love then sank two technical foul shots and Bacot made 1 of 2 foul shots for the whistle drawn on Curry for an 89-83 advantage. Love made 1 of 2 with five seconds to go for the game's final margin.

In regulation, after Bacot threw down a dunk to give North Carolina a 55-45 lead with 12:35 remaining, Louisville went on a shooting spree when El Ellis sank three 3s' and Cross another to give Louisville a 57-55 advantage. Neither team led by more than four points to end regulation.

Withers came up with a spectacular block on R.J. Davis' wide-open layup attempt to send it to overtime tied at 74.

Earlier in the day, Louisville's athletic board executive committee approved a new contract for Pegues that includes a guaranteed bonus of $340,000 and other incentives.

Pegues took over the Cardinals last week for the second time this season after coach Chris Mack and the school agreed to part ways.

Pegues guided Louisville to a 5-1 start while Mack was suspended and began his second stint with a 74-65 loss to No. 9 Duke on Saturday.

Louisville was without leading scorer and rebounder Malik Williams (10 ppg and 8.7 rpg) because of what Pegues described as an "indefinite" suspension. On his radio show on Monday night, Pegues called the undisclosed suspension "one game for now."