'Am I missing something?' Parkland community shocked over weapons ban during Pence appearance at NRA event 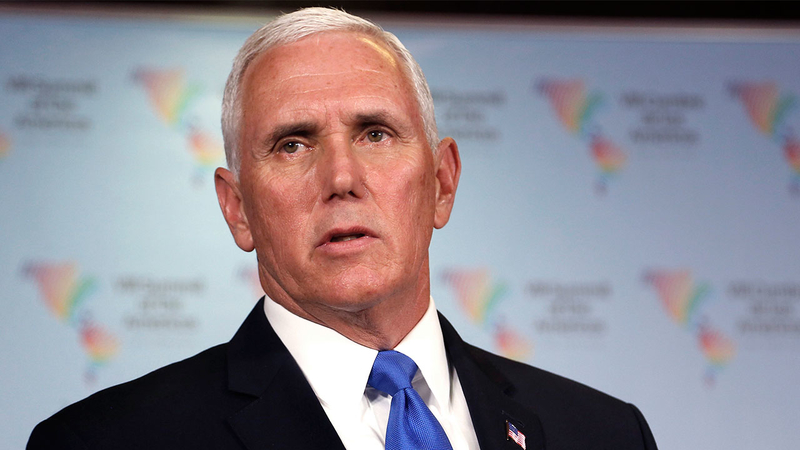 DALLAS -- When Vice President Mike Pence takes the stage at the National Rifle Association's Annual Meetings in Dallas this week, the organization is asking attendees to leave their guns at home. The White House said on Monday that President Donald Trump will also be in attendance.

Pence will be speaking at the NRA-ILA Leadership Forum on Friday, the organization announced last week. Prior to and during Pence's speech, attendees are prohibited from bringing "firearms and firearm accessories, knives or weapons of any kind," according to the event page. There will not be any storage available for firearms, a notice reads, but there will be for knives.

The organization explained that the rules were put into effect because the U.S. Secret Service is in charge of the event's security. The rule was also in effect when President Donald Trump spoke at the annual meetings last year.

Still, gun control advocates (among them Parkland shooting survivors and March for Our Lives organizers) were shocked by what they saw as a contradiction of the NRA's belief that guns make people safer.

Marjory Stoneman Douglas High School student Cameron Kasky wrote on Twitter that "The NRA has evolved into such a hilarious parody of itself."

Wait wait wait wait wait wait you’re telling me to make the VP safe there aren’t any weapons around but when it comes to children they want guns everywhere? Can someone explain this to me? Because it sounds like the NRA wants to protect people who help them sell guns, not kids.

Fred Guttenberg, whose 14-year-old daughter Jaime was among the 17 students killed in the Valentine's Day shooting, wrote, "According to the NRA, we should want everyone to have weapons when we are in public. But when they put on a convention, the weapons are a concern?"

On so many levels, this is enlightening. According to the NRA, we should want everyone to have weapons when we are in public. But when they put on a convention, the weapons are a concern? I thought giving everyone a gun was to enhance safety. Am I missing something? https://t.co/f4wgNhJ7RI