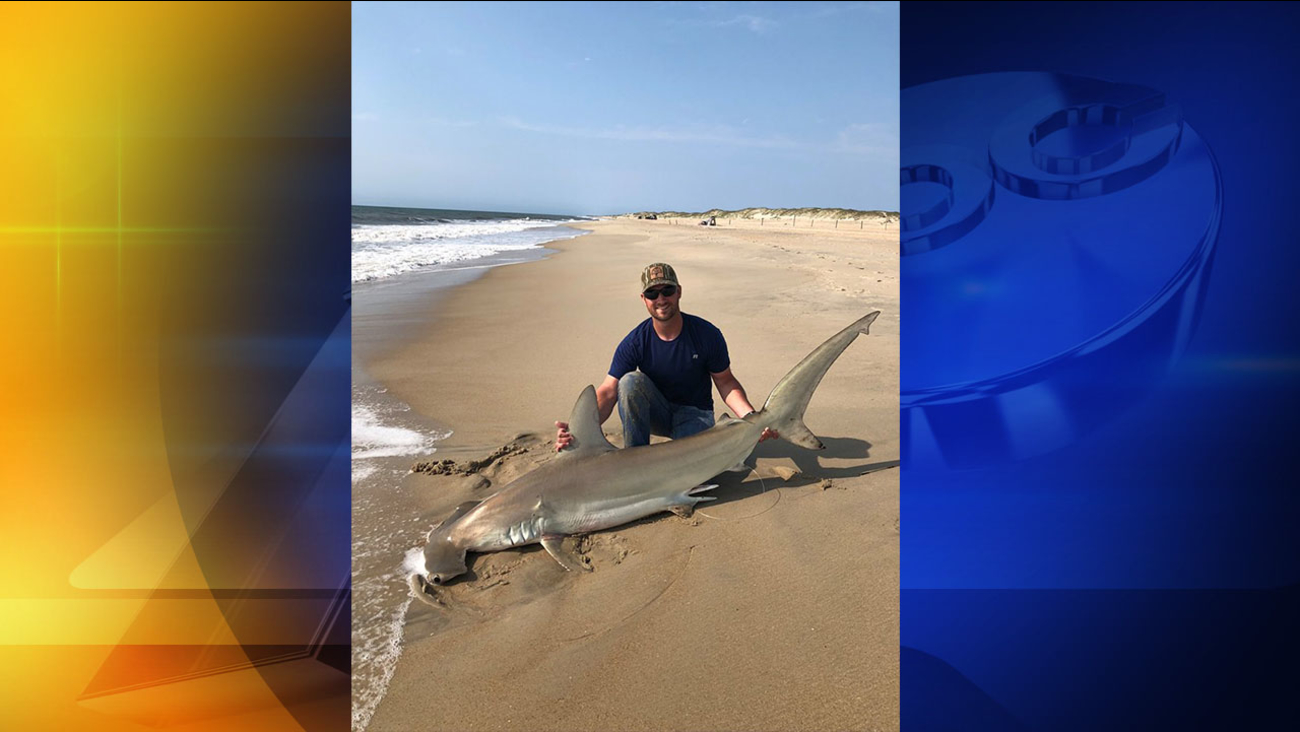 OUTER BANKS, NC -- An Ohio man who was fishing in the surf at the Outer Banks ended up pulling out a six-foot shark.

Troy Rachel of Toledo caught it Monday in Avon, north of Hatteras Island and used a cut mullet as bait.

They identified the shark as a hammerhead.

Check out Troy Rachel from Toledo, OH and his 6-foot hammerhead caught and released on cut mullet purchased from Frank & Fran's Fisherman's Friend in Avon. Caught on Monday in the surf off Hatteras Island. pic.twitter.com/nH0FzYchEv

According to North Carolina's Coastwatch website, hammerheads have been affected by overfishing off of the Carolinas.