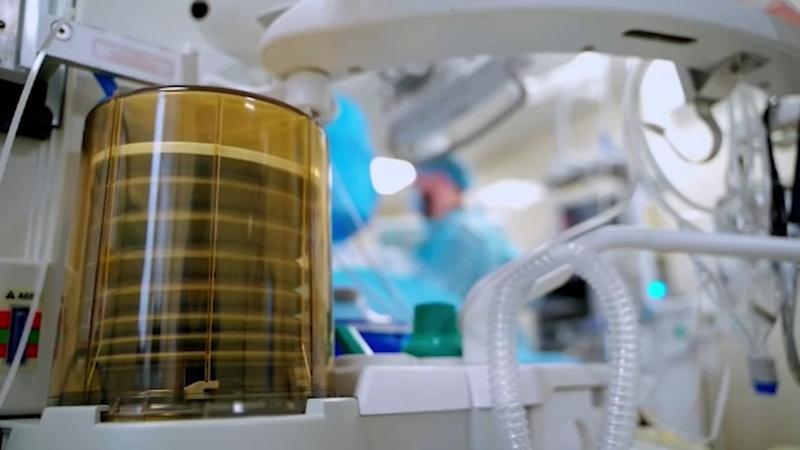 CHAPEL HILL, N.C. (WTVD) -- The good news? Data from the most updated North Carolina COVID-19 dashboard show numbers trending downward, significantly, for the first time in weeks. The not-so-good news? UNC Hospitals' Dr. David Wohl said he believes at-home testing may not give the public and leaders the most accurate snapshot.

"Case numbers are going to be a little bit squirrely because, you know, there's no one source of truth for the cases that are being detected because we have home testing and testing through the usual sources," said Wohl.

The high-in-demand at-home testing produces often produce quick results. Those results are not required to be and do not get submitted to local and state COVID management system (CMS) databases that provide useful information for the COVID dashboard.

Wohl, however, did say that hospitals are seeing fewer patients being admitted with severe symptoms.

With that being acknowledged, in the nearly two years since COVID began to sweep the nation, hospitalizations and deaths have come in later as part of the "lagging trend".

"It takes longer for (COVID) to manifest in hospitalizations and deaths. We still see a lot of people in the hospital, because that lag," Dr. Wohl said. "Fingers crossed, like with every surge, this will go down and we'll get to some new plateau you know, in the next four weeks."

That would put us in late February-early March for when Omicron may almost officially be on its way out the door -- thanks in large part to warmer weather and how the virus responds to an increase in temperature.

"History doesn't always predict the future, but historically once the warmer weather comes along, we see some relief, case numbers go down," said Wohl. "It's easier to do things outdoors than it is right now, so I do think that that's going to help us."

What would be a bigger help is if at-home testing numbers painted an accurate representation of where the virus was in our battle against it.

"I think looking at case numbers in the future is going to be complicated because there is so much home testing going on that's not recorded," Wohl said.

There is hope, however, that the worst of Omicron is behind us; which Wohl said he believes will happen if proper mitigation techniques, such as vaccinations, boosters, and the three W's, are followed.