'It does make me angry': Brazen burglary of Raleigh shoe store caught on camera 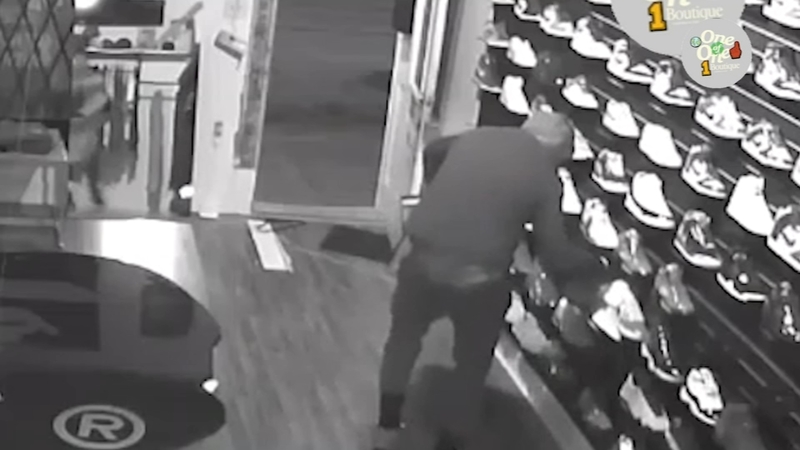 RALEIGH, N.C. (WTVD) -- Most of the shelves are bare right now inside One of One Boutique in Raleigh. The display case is also empty.

The owners aren't sure when they'll be able to replace merchandise after a brazen, orchestrated burglary.

"As soon as they come in, they go straight for the alarm like they have been in here before," said One of One Owner Terry Mangum.

Mangum was at home early Monday morning when he started getting notifications from his security system and began watching in real-time as his store was hit by a group of burglars.

The front door was kicked-in and five people quickly filed inside to grab pricey items.

Mangum called police and frantically dressed to race to the store, but he couldn't match their speed.

The thieves were seen in the storage room stacking in their arms with as many boxes as possible before bolting.

"It's hard. It sucks. It does make me angry and if you watch the video, just the way that they stole. They were just taking anything," said Mangum.

The Raleigh Police Department is working to arrest the people seen in the surveillance video.

According to the police report, $30,000 worth of shoes and clothing were stolen, along with $500.

He's proud to be one of Raleigh's young black-owned small business owners and is looking forward to when he can again fill shelves with one-of-a-kind pieces.

"We're just trying to bounce back. There's been a lot of help in the community, so that makes it better," said Mangum.