Oscars 2020: Politics likely to be part of some honoree speeches 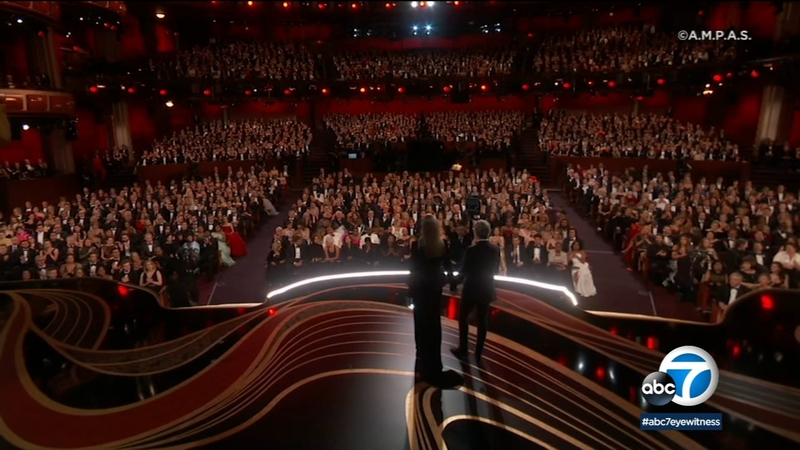 Oscars 2020: Politics likely to be part of some honoree speeches

HOLLYWOOD, LOS ANGELES -- Every year the Oscars ceremony represents the ultimate celebration of the medium of film.

But, whether planned or not, many years the speeches also bring politics to center stage.

Show producers say they don't plan to bring political issues into the show - but they also don't screen in advance what honorees might say when they step up to the podium.

"For us the show is about movies and moviemaking and artists," said Oscar show producer Lynette Howell. "It's really about celebrating those films and those artists.The show we're creating is about that. Who knows what anyone is gonna say when they accept their award and have that platform. We can't control any of that."

Dave Karger, a host with the TCM network, said the audience should expect political content in speeches, given that a number of the nominees have been outspoken in their views and activism.

"I think when you have the kind of people who are going to win, like Laura Dern and particularly Joaquin Phoenix, you have to expect some political content in the speeches," Karger said. "And if they do it appropriately, I think it'll be pretty entertaining."

In the meantime, outside the theater, crews are hard at work preparing the red carpet arrival area.

"The red carpet is going to look entirely different this year," said Joe Lewis, a show producer. "The academy has provided new direction on what the look and feel will be."

The arrival area will be focused on the guest experience, making the arrivals an occasion in themselves, he said. One change is the audience outside will be in "pods" rather than the traditional bleachers.