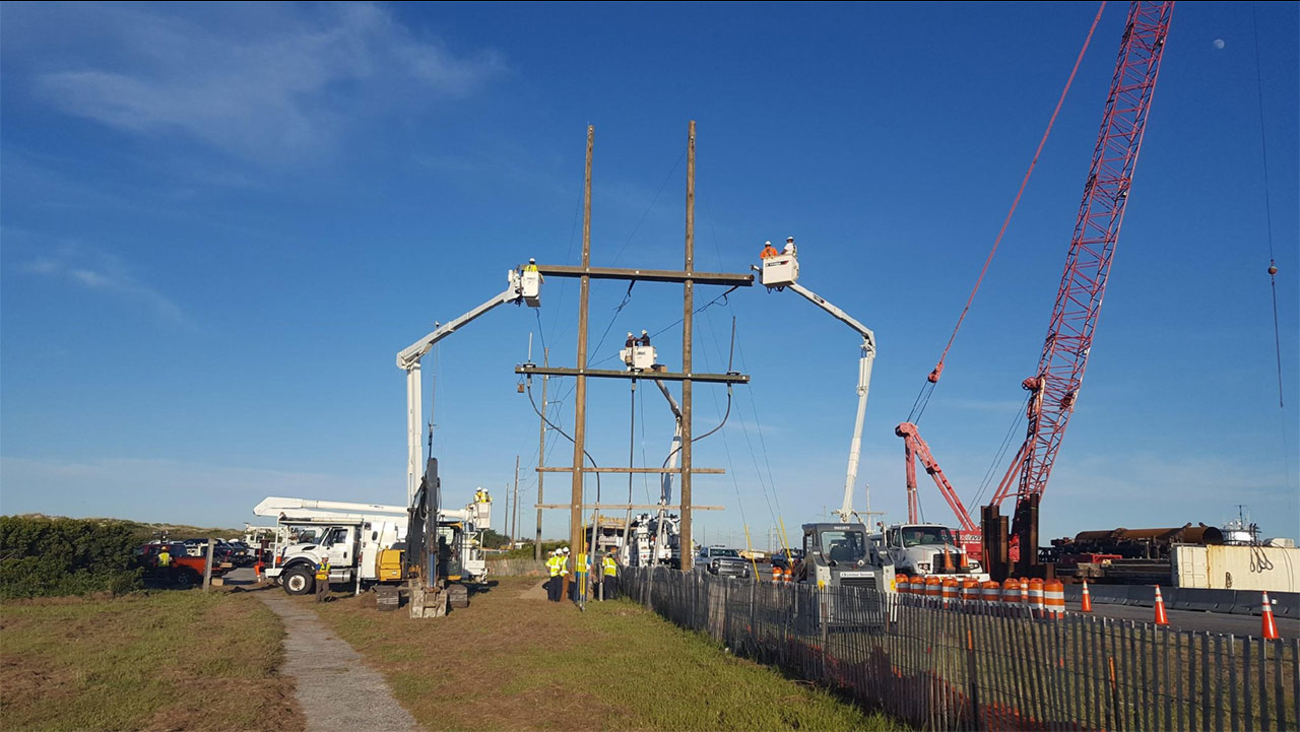 The company blamed for the Outer Banks blackout that sparked the evacuation of about 50,000 vacationers from Hatteras and Ocracoke islands will have to pay a lawsuit settlement of more than $10 million.

The class action lawsuit was filed last July after three electric transmission cables near Bonner Bridge were damaged by a construction company building another bridge. That company is PCL Construction, based in Denver.

Matt Lee, an attorney from Whitfield Bryson & Mason, LLP told ABC11 last year that he had been hearing from business owners and people who own vacation rentals, who rely on the summer season to make most of their year's profit.

"They're worried, I think they're scared about what they're going to be able to do to make this up," said Lee at the time. "We heard that Governor Cooper was down there today surveying the problem and said that everybody who's lost money or suffered from this should be compensated. Couldn't agree more."

The district court for the eastern district of North Carolina approved the $10.35 million settlement -- $8.1 million for businesses and $2.25 million for rental and resident class members.