Tiny houses for the homeless? One city's experimental approach to a growing crisis 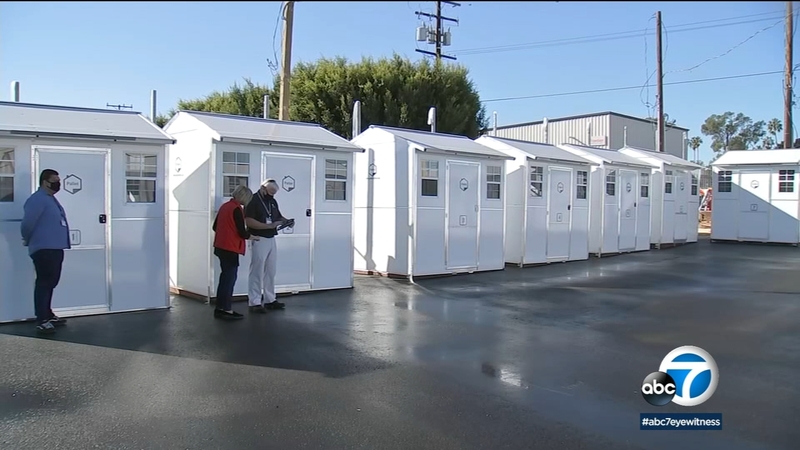 REDONDO BEACH, Calif. -- Tiny homes could be one of the solutions to a big problem in Southern California.

The homeless population in Redondo Beach is estimated to be under 200 people - small when compared to other cities in Southern California, but city officials want to experiment now with ways to meet a growing need.

"We have had an increasing homeless problem and we needed a solution," Redondo Beach Mayor Bill Brand said. "And we really didn't want to just wait and see what happens, we wanted to take a proactive approach."

On Kingsdale Avenue, you will see an idea born out of tragedy.

Pallet shelters are roughly 8' by 8' cabins, initially designed for disaster relief after Hurricane Katrina. They are made to store flat and quickly assemble.

But using them for homeless shelters was an idea from the employees of the Seattle-based company Pallet - many who had been homeless themselves.

"Our employees were the ones who said, 'This is amazing. This is exactly what's needed - this sort of temporary, stabilizing place where we can have shelter and keep our things and that's what was missing in our story,'" said Amy King, CEO of Pallet.

Pallet shelters are intended for people who need temporary help. This community will serve as a stepping stone to permanent housing.

"It will be full wraparound services here," Brand said. "It won't just be a place to stay. They'll have counseling. They'll have a counselor specifically assigned to them."

Each unit is made of aluminum which won't rust, should last about 10 years, and has bunk beds, shelves, heat, air conditioning, and electrical panels. They can be easily sanitized between users.

But what's most popular might be the simplest of amenities.

"They were so grateful to have a door and a lock because it felt like they could leave their things and go get services and not worry about their stuff," King said. "They could feel safe sleeping at night. It's a game-changer."