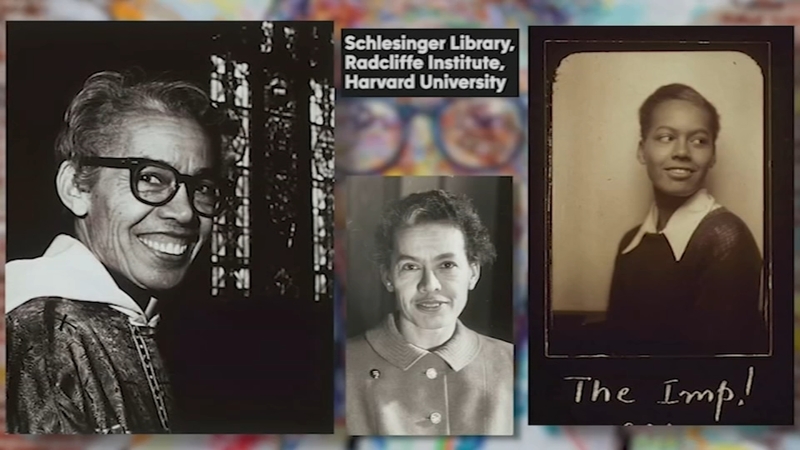 DURHAM, N.C. (WTVD) -- A colorful maze of mementos covers a Durham front yard. They are symbols of human-rights activist Pauli Murray left by Durham citizens in the front yard of her childhood home.

It is their effort to keep her legacy of truth and equality alive.

"She was a poet. She was a scholar. She was a lawyer," said Jesse Huddleston, a member of the Pauli Murray Center board.

Raised in Durham's West End community, Pauli Murray became the first female Black Episcopal priest. Born Anna Pauline Murray in 1910, she became one of the most important social justice activists of the 20th century. Her life intersected all major human and civil rights issues of our time including racial equality, women's rights and LGBT rights.

"Because she's from here, it makes the power of her legacy just so much stronger," said State Rep. Vernetta Alston.

Alston, a Democrat, is a newly elected member of the North Carolina State Legislature. She's also a gay, Black woman from Durham, and she said she feels Murray paved the way for positive change.

"I'm constantly excited and motivated by her and who she was and what she was able to accomplish, and hopefully I can, along with so many people in Durham, live up to her example," Alston said.

A new documentary that recently debuted at the Sundance Film Festival titled "My Name is Pauli Murray" chronicles the life of the social-justice trailblazer whose name is not often at the forefront of Black history where many such as Huddleston believe it belongs.

"She continued to fight for not just her own personal truth, but for this larger truth of what it means to be a human being and the rights we should all have," Huddleston said. "Rights not just to love, but to show up fully."

Murray was born in Baltimore, but after losing her mother came to live with her grandparents in Durham, and they shaped who she became. The home that is now designated the Pauli Murray Center For History and Social Justice and is being restored. The project started back in 2015 but hit a roadblock when the COVID-19 pandemic started.

"So we now have a Pauli Murray monthly book club. We read things Pauli's written and things that other queer writers have written," Lau said.

They're now reaching people from across the country and around the world who want to know more about the courageous civil-rights icon who used her legal knowledge and connections to people such as Thurgood Marshall and Ruth Bader Ginsburg to fight discrimination.

Murray's personal life was complex: She was never openly gay but fought for the right for everyone to live as their authentic selves. That's what Alston wants: to make all people's lives better.

Murray's childhood home has been designated a National Treasure and National Historic Landmark. Of the 95,000 nationally recognized historic sites in America, less than 2% focus on African American history and even fewer on women and LGBT history.