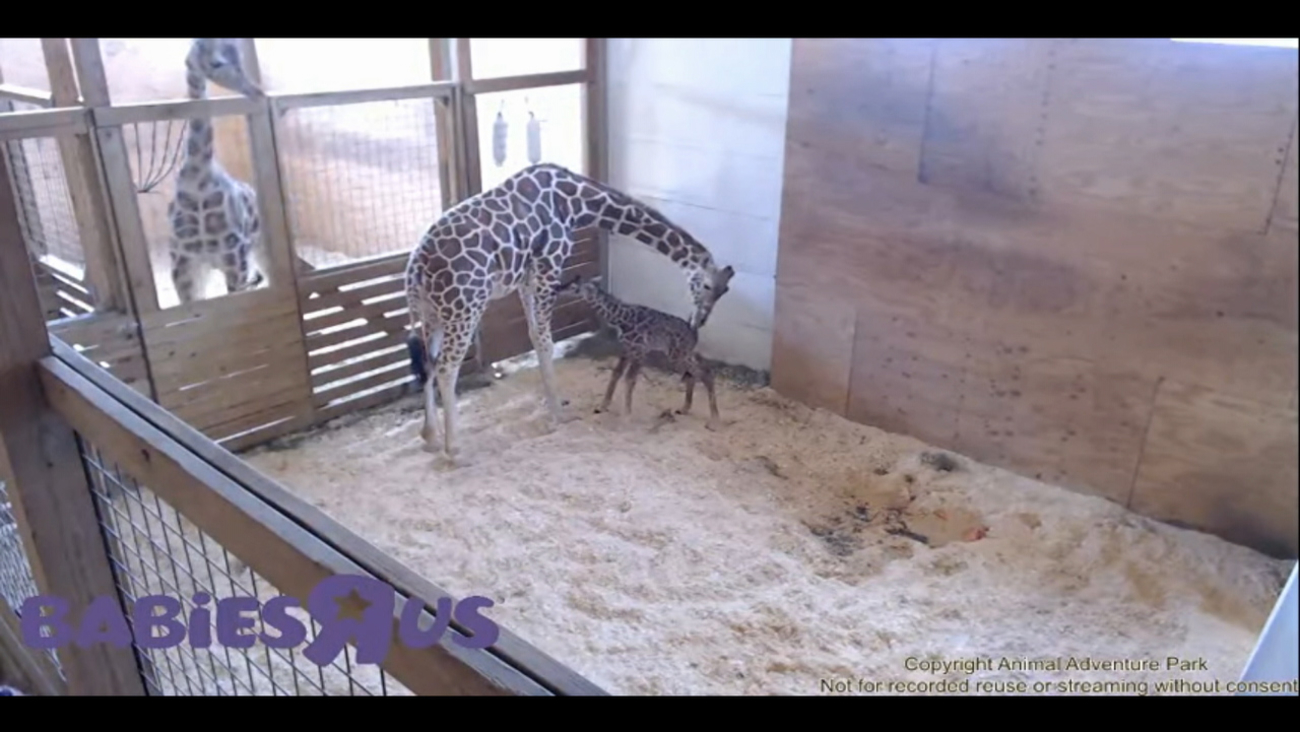 HARPURSVILLE, New York -- After months of watching, April the Giraffe gave birth to her calf Saturday morning in front of an online audience of more than a million viewers.

April, 15, delivered her calf shortly after 10 a.m. in her pen at the Animal Adventure Park in Harpursville, New York.

April had the baby with Oliver, a 5-year-old giraffe, according to Animal Adventure. This is Oliver's first calf, but April knows the drill - this is her fourth.

April has been pregnant for 15 months, the normal gestation time for a giraffe. When she finally gave birth, her calf's front hooves came out first, followed by the snout. He or she likely weighs around 150lb and will stand at 6' tall.

April will raise her calf naturally, and weaning could take between 6-10 months, maybe longer. Oliver, however, will not assist in raising the calf. Male giraffes, according to Animal Adventure Park, "only really care about two things- fighting and the unmentionable."

So because of fears of inbreeding, the calf will be relocated to another facility once the weaning process is over.

Make sure to keep up with this live stream: Now that the calf is born, Animal Adventure will have a contest to name the calf!