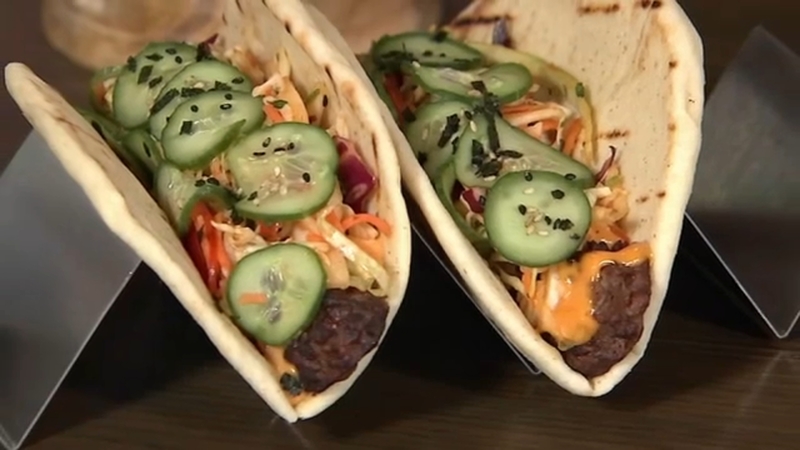 ANAHEIM, Calif. -- The happiest place on Earth is adding more plant-based options to its menu.

Disneyland Resorts is preparing to officially announce its plant-based menu items in the spring of 2020.

The resort's Culinary Director, John State, said his team has been listening to their guests.

"We're inspired by their feedback, going back into the kitchen, working on creating, innovating and introducing new flavors that just happen to be plant-based. Plant-based is what our guests are looking for," State said.

State said his crew was looking to tell a story through food.

"It really ties into where the land is and what the characters are," State said.

State said his favorite were the potato flautas at Lamplight Lounge inside Disney California Adventure Park.

"This is actually a hidden gem. It's probably becoming the most popular dish on the menu," State said, right before breaking it down: "Crispy corn tortillas, filled with soft potatoes, topped with a plant-based chorizo, slightly spicy, serrano chili tomatillo salsa and then topped with a fragrant fresno-chile, escobiche-style salad with arugula."

Several resort guests were glad to hear there was more to choose from.

John South said he is 90% vegetarian and found it hard to stick to his diet while traveling.

Kat Walker said she had just been certified as a dietitian.

"The plant-based approach is kind of getting bigger in America which I think is great because it is a healthier option for our bodies. It has shown a lot more benefits like disease prevention and overall health. I think it's great that Disney is on board," Walker said.

Skye McGuffie was visiting with friends from Australia. The group said they were vegan and were excited to see the diet was growing in popularity in the United States.

"Super, super excited. There's quite a few Instagram accounts out there that follow around the specialized vegan options at Disney Resorts, so it sort of made life a lot easier now, especially because they're using a symbol on the menu and things like that," McGuffie said.