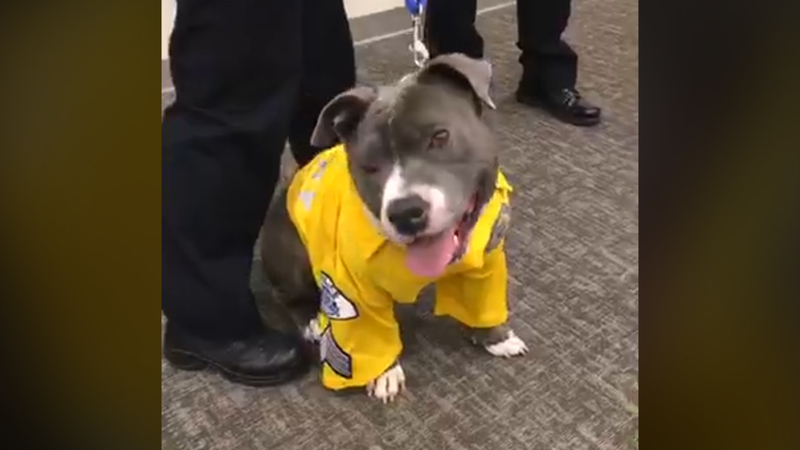 Eddie has an inoperable tumor and 6 to 12 months to live, according to the Pasco Police. But the good boy was all smiles as he visited area businesses alongside Officer Taylor and Detective Lee on on Monday, January 20.

After being sworn in, Eddie's mission for the day was to visit stores in the Pasco and Richland areas and pick up items donated to benefit Mikey's Chance Canine Rescue, police said.

During his big day out Eddie got to wear a police jacket, play in a pool filled with toys, and was even interviewed at local station KNDU.