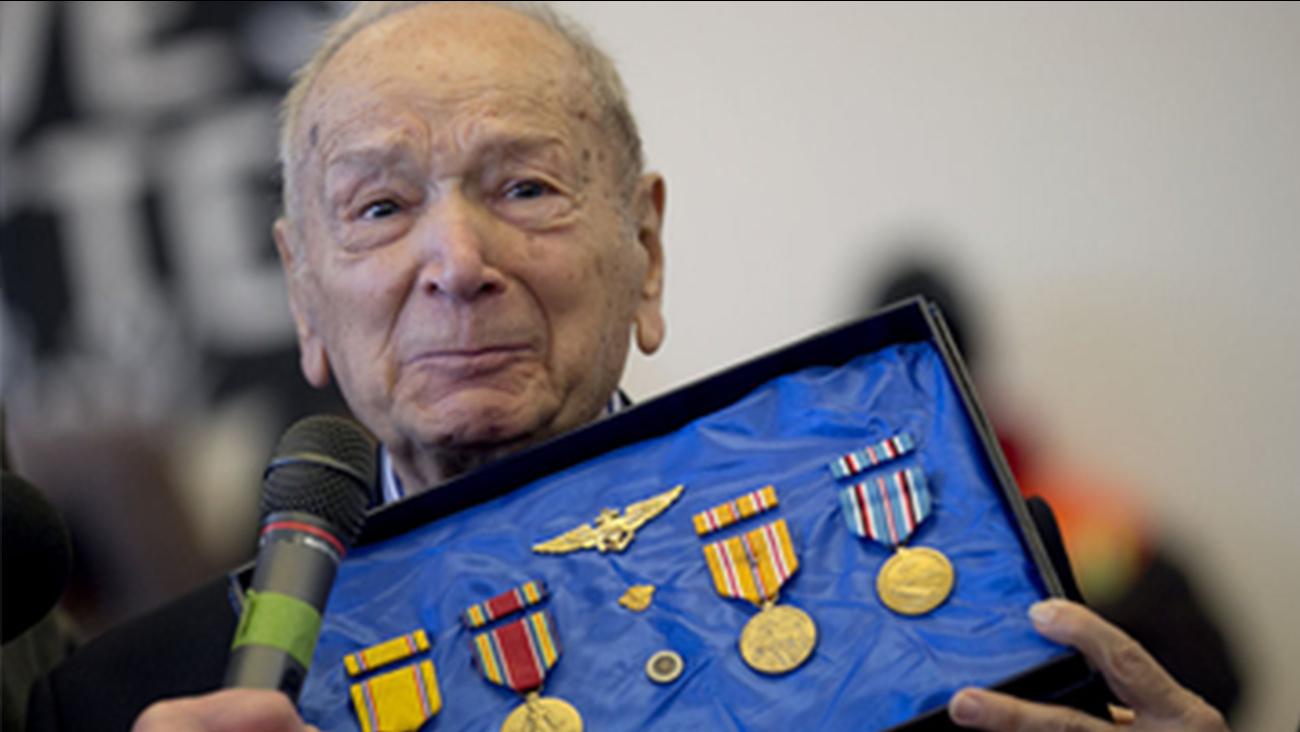 A 100-year-old Navy veteran told protesters to "show a little respect" after they disrupted his speech. (Kristyna Wentz-Graff / The Oregonian)

A 100-year-old Navy veteran drew cheers from a crowd in Portland, Ore. this past Saturday after telling protesters shouting "hands-up, don't shoot!" to a "show a little respect."

Dario Raschio, a WWII U.S. Navy veteran, was set to receive a special honor from U.S. Sen. Ron Wyden at Portland Community College's Southeast Campus on Saturday. Raschio joined the Navy at the age of 27. He piloted observational planes and was based on the USS Chester, and participated in five campaigns in the Pacific Theatre.

But after Raschio began speaking, protesters came through the back entrance of the room, shouting "hands-up, don't shoot," referring to the shooting death of Michael Brown by Ferguson police officer Darren Wilson.

According to The Oregonian, more than 100 pushed through the doors, while others banged on the windows from outside and held signs. After 15 minutes of shouting, Raschio addressed the protesters, shouting back "give me a chance" and "let's show a little respect for this occasion." Raschio's response drew cheers from the audience.

Raschio then accepted the medals on behalf of those who died in World War II, and closed his speech by saying "God Bless America." The veteran also added "And you people that are here for a cause, whatever it might be -- show respect to Sen. Wyden."

However, protesters continued before the veteran could return to his seat, with one exclaiming "for 4.5 minutes we are going to take time to pay respect to everybody who has been killed by police in this nation." After 45 minutes of chanting, organizers called off the meeting, The Oregonian reports.