WTVD
By The Associated Press
PHILADELPHIA (WTVD) -- Promising Americans a steady hand, Hillary Clinton cast herself Thursday night as a unifier for divided times, steeled for a volatile world by decades in politics that have left some Americans skeptical of her character.

"I will be a president for Democrats, Republicans, independents, for the struggling, the striving and the successful. For those who vote for me and those who don't," Clinton said as she accepted the Democratic nomination, becoming the first woman to lead a major U.S. political party.

She drew a sharp contrast with her general election rival Donald Trump, calling the Republican supremely unqualified for the White House.

"Imagine him in the Oval Office facing a real crisis," she said. "A man you can bait with a tweet is not a man we can trust with nuclear weapons," she said.

Clinton took the stage to roaring applause from flag-waving delegates. But her real audience was the millions of voters who may welcome her experience but question her character.

She acknowledged those concerns briefly, saying "I get it that some people just don't know what to make of me." But her primary focus was persuading anxious Americans to stick with a Democrat for a third term and put aside their frustration with those who have been entrenched in the political system.

Hillary Clinton speaks on the final night of the DNC.

Clinton's four-day convention began with efforts to shore up liberals who backed Bernie Sanders in the Democratic primary and it ended with an outstretched hand to Republicans and independents unnerved by Trump. A parade of military leaders, law enforcement officials and Republicans took the stage ahead of Clinton to endorse her in the general election contest with Trump.

"This is the moment, this is the opportunity for our future," said retired Marine Gen. John R. Allen, a former commander in Afghanistan. "We must seize this moment to elect Hillary Clinton as president of the United States of America."

American flags waved in the stands of the packed convention hall and the crowd broke into chants of "U-S-A!" drowning out scattered calls of "No more war."

The Democratic nomination now officially hers, Clinton has just over three months to persuade Americans Trump is unfit for the Oval Office and overcome the visceral connection he has with some voters in a way the Democratic nominee does not.

She embraced her reputation as a studious wonk, a politician more comfortable with policy proposals than rhetorical flourishes. "I sweat the details of policy," she said.

Campaigning in Iowa Thursday, Trump said there were "a lot of lies being told" at Clinton's convention. In an earlier statement, he accused Democrats of living in a "fantasy world," ignoring economic and security troubles as well as Clinton's controversial email use at the State Department.

Hillary's wars in the Middle East have unleashed destruction, terrorism and ISIS across the world.

The FBI's investigation into Clinton's use of a private internet server didn't result in criminal charges, but it did appear to deepen voters' concerns with her honesty and trustworthiness. A separate pre-convention controversy over hacked Democratic Party emails showing favoritism for Clinton in the primary threatens to deepen the perception that Clinton prefers to play by her own rules.

Through four nights of polished convention pageantry, Democratic heavyweights told a different story about Clinton. The most powerful validation came Wednesday night from President Barack Obama, her victorious primary rival in 2008. Obama declared Clinton not only can defeat Trump's "deeply pessimistic vision" but also realize the "promise of this great nation."

Seeking to offset possible weariness with a politician who has been in the spotlight for decades, he said of Clinton: "She's been there for us, even if we haven't always noticed."

"I refuse to believe we can't find common ground here. We have to heal the divides in our country.” —Hillary https://t.co/hGRbyjBeMl

Clinton was introduced by her daughter, Chelsea, who spoke warmly of her mother as a woman "driven by compassion, by faith, by kindness, a fierce sense of justice, and a heart full of love."

A parade of speakers - gay and straight, young and old, white, black and Hispanic - cast Trump as out-of-touch with a diverse and fast-changing nation.

Khizr Khan, an American Muslim whose son was killed in military service, emotionally implored voters to stop Trump, who has called for a temporary ban on Muslim immigration.

"Donald Trump, you are asking Americans to trust you with their future," Khan said. "Let me ask you, have you even read the United States Constitution? I will gladly lend you my copy."

The program paid tribute to law enforcement officers killed on duty, including five who died in Dallas earlier this month in retaliation for officer-involved shootings in Minnesota and Louisiana.

"Violence is not the answer," Dallas Sheriff Lupe Valdez said. "Yelling, screaming and calling each other names is not going to do it."

On the convention's closing night, Clinton sought to reach beyond the Democratic base, particularly to moderate Republicans unnerved by Trump.

The North Carolina GOP issued a statement after the DNC came to a close, highlighting many of the political challenges and questions the new Democratic nominee faces in the months ahead.

"Hillary Clinton is the Democrats' most scandal-plagued and dishonest nominee in their party's history," said NCGOP Chairman Robin Hayes. "After benefiting from a rigged system, a convention rife with dissent from Bernie Sanders supporters and 68 percent of Americans saying Clinton isn't honest and trustworthy - it's clear she is not the leader this country needs. We cannot afford four more years of the same failed leadership our nation has endured over the last eight, yet all Hillary Clinton has to offer the American people is the same Obama agenda that has made us less prosperous and less safe.

"After decades of Clinton's scandals, lies, and hypocrisy, we know she will do or say anything to get elected," Hayes added.

Former Reagan administration official Doug Elmets announced he was casting his first vote for a Democrat in November, and urged other Republicans who "believe loyalty to our country is more important than loyalty to party" to do the same.

Following reports Russia hacked Democratic Party emails, Trump said he'd like to see Moscow find the thousands of emails Clinton deleted from the account she used as secretary of state. Hours later, Trump told Fox News he was being "sarcastic" although shortly after his remarks on Wednesday, he tweeted that Russia should share the emails with the FBI. 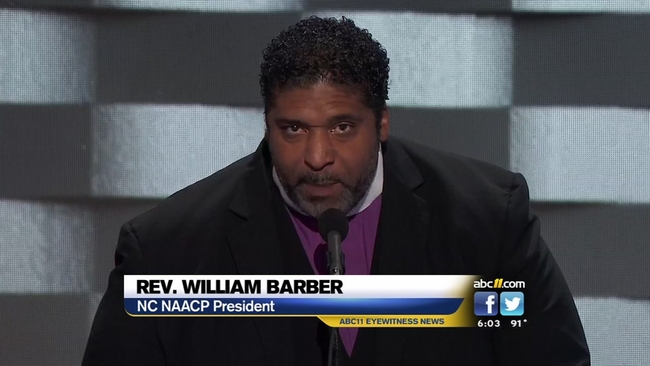 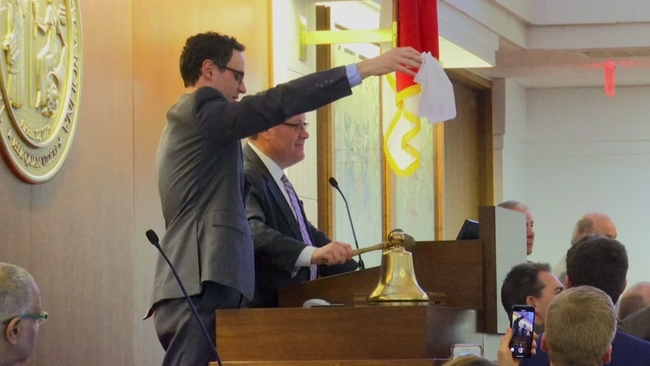