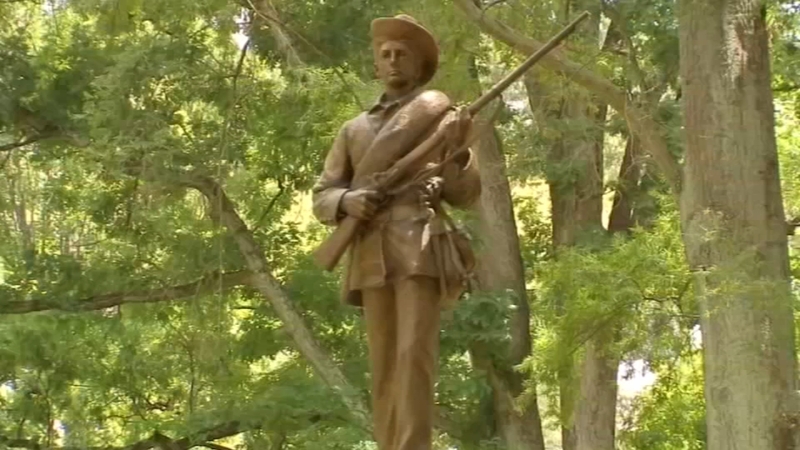 CHAPEL HILL, N.C. (WTVD) -- The I-Team uncovered new details on that controversial plan at the University of North Carolina at Chapel Hill to give the Silent Sam Confederate monument to the Sons of Confederate Veterans and pay the Confederate heritage group to take care of the statue.

On Monday evening, documents obtained by ABC11 showed an additional $75,000 from UNC to the SCV.

The UNC System Board of Governors turned over hundreds of pages of documents to the I-Team on Monday evening, detailing a chronology of events since demonstrators used ropes to pull down the campus statue in August 2018.

The records show negotiations with the Confederate group started moving quickly last month with UNC agreeing to establish a $2.5 million charitable trust that the SCV could use strictly to preserve Silent Sam at an off-campus site as long it was not in any of the 14 counties with a UNC System school.

UNC also agreed to pay the Confederate group $75,000 in exchange for an agreement limiting the SCV's ability to display any flags or banners or sponsor any events on any UNC campus for five years.

The records from UNC also include a letter of apology to the Board of Governors from Sons of Confederate Veterans commander Kevin Stone.

Stone expressed regret for comments made by some of his members that implied his group would not seriously comply with the terms of the deal.

Last doc provided to @ABC11_WTVD is Dec 14 letter from @SonsOfConfed to @UNC_System. Group agrees #SilentSam shouldn’t be back on campus, but cites “outside agitators and mobs” as main reason. SCV also apologizes for “puffing & strutting” about #SilentSam agreement. @ABC11_WTVD pic.twitter.com/BtIUKa752v

Last week, a New York-based not-for-profit foundation withdrew a $1.5 million grant intended for the UNC in light of the financial deal between leaders of the university system and the SCV.