Money about to run out for food stamps with government shutdown 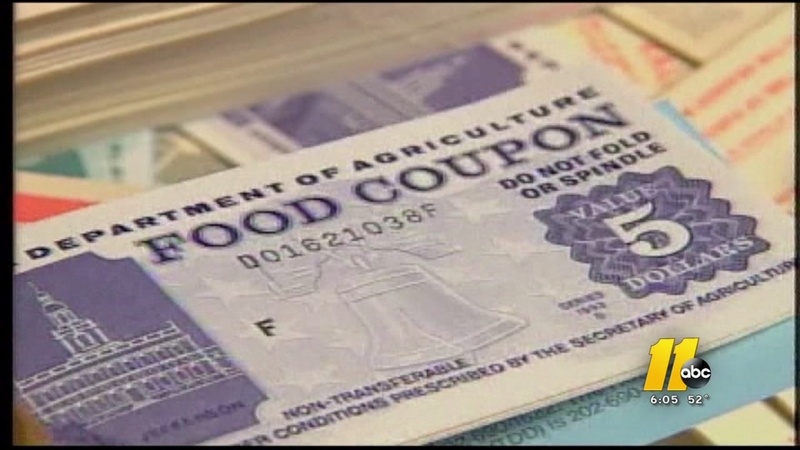 We're more than 25 days into the partial government shutdown and local agencies that hand out food stamps are urging families to budget their SNAP benefits with caution.

On Sunday, recipients will get their February benefits early and nothing else until the government re-opens.

In North Carolina, there are an estimated 650,000 households receiving food stamps. That comes out to about 1.3 million people.

Some recipients are struggling to understand how they're being told to budget the money and plan ahead.

Briggs is helping to support his 8-year-old daughter while receiving food stamps.

ABC11 met Briggs at the Helping Hand Mission where he comes by, grabs a meal, then volunteers his time seven days a week.

He said it's a stressful time.

He said the money he got for January is already gone thanks to the holidays. He's not sure he can make the money he's about to get early stretch.

The Executive Director at Helping Hand Mission said more people are calling and asking whether the place will be an option for food if the situation becomes dire.

The Food Bank of Eastern and Central North Carolina serves 34 counties. It has been reaching out to partners and letting them know there is supply if needed during the government shutdown.

"Right now we're good on food, but the longer this continues, obviously we don't know if that will be the case," said spokesperson Jennifer Caslan.

The nonprofit does get federal dollars to distribute food to senior citizens. That program could be in limbo.

"If for some reason all of those benefits were to go away, we could not pick up the slack, unfortunately," Caslan said.

Briggs said it also will be hard for him to pick up the slack.

"What are we going to do in February?" Briggs asked,