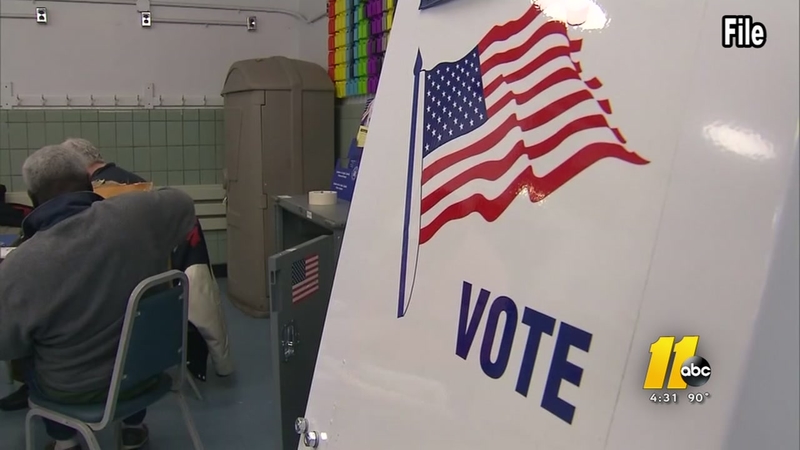 An assistant U.S. Attorney issued subpoenas to the Boards of Elections in all 44 counties in the state's Federal Eastern District.

The subpoenas were issued on behalf of the U.S Immigration and Customs Enforcement (ICE) Agency.

The U.S. Attorney's Office also issued a subpoena for information from the North Carolina State Board of Elections.

"The bigger concern here how this is going to affect all these counties in eastern North Carolina in terms of resources and the ongoing threat of restrictions at the polls and voter intimidation," said John Carella, a voting rights staff attorney with the Durham-based Southern Coalition for Social Justice.

In a statement sent to the boards of elections in the 44 impacted counties, obtained by our media partners at the News and Observer, Josh Lawson, the general counsel for the state elections board wrote, "In our view, compliance with the subpoena as-written will materially affect the ability of county administrators to perform time-critical tasks ahead of absentee voting and early voting."

The State Board of Elections plans to discuss the subpoena during a conference call on Friday.

Southern Coalition for Social Justice recently represented a dozen people charged in Alamance County for ineligible voting due to felony probations. In those cases, felony charges were dismissed in exchange for misdemeanor pleas, and none of the 12 people served any jail time.

Carella believes the subpoenas are aimed at serving a larger purpose than ineligible voting.

"It is an attempt to stoke the fires and to create this idea that voter ID and other kind of restrictions would be appropriate," Carella said.

Federal investigators are ordering that agency to turn over eight different types of documents including voter registration applications, federal write-in ballots, and admission or denial forms for non-citizens dating from Jan. 1, 2010 to Aug. 30, 2018.