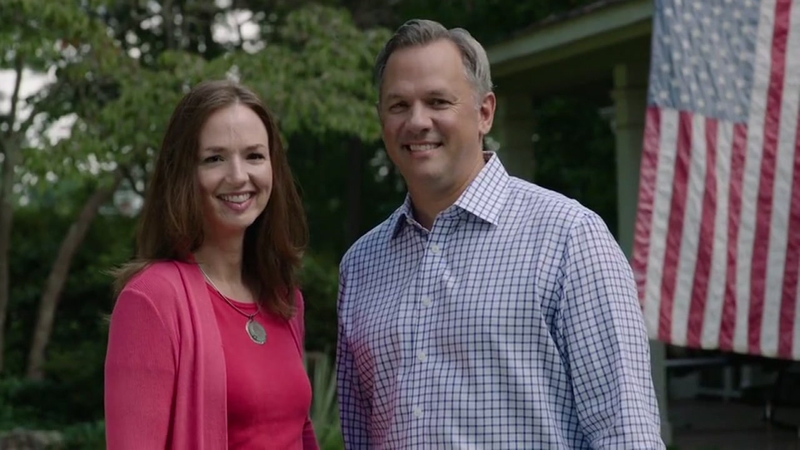 RALEIGH, N.C. (WTVD) -- Lt. Gov. Dan Forest announced on Monday the formation of an exploratory committee to run for governor, a major step for the Republican long expected to challenge incumbent Gov. Roy Cooper in 2020.

In a video released on YouTube, Forest proclaims, "North Carolina is our home. It's the greatest state in America. Let's show the world why that's true."

A native of Charlotte and a former architect, Forest was first elected as lieutenant governor in 2012 and won reelection in 2016; he cannot seek a third term.

Recently, he's dropped hints of his desire to seek the governorship, including support for Voter ID and criticizing the policies of Cooper. Forest was also a supporter of the controversial House Bill 2, telling ABC11 in a 2016 interview the "Bathroom Bill" was based on facts and not feelings.

The North Carolina Democratic Party responded to Forest's announcement by attempting to portray him as an ally of extremists.

"Dan Forest has spent his time in office looking for his next job and speaking only to far-right extremists in his party," said NCDP spokesman Robert Howard. "From shaking hands with an abusive, radical group and undermining voters' faith in our elections to dividing people based on their faith and championing HB2, Dan Forest is already the most extreme candidate ever to run for the Governor's mansion. North Carolina will reject his extremism."

Cooper, who edged out incumbent Pat McCrory in 2016, has yet to officially announce his reelection campaign. Still, the Democrat told ABC11 in December "We have so much potential here and I'm very excited about doing this job. It's been the honor and privilege of my life."

The 2020 Election will be a critical one in the Tar Heel State. Besides governor, North Carolina voters will also choose a U.S. Senator as Republican Thom Tillis seeks reelection. State Senator Erica Smith (D-Edgecombe) has announced her candidacy to be the Democratic nominee.

Smith, who could be the first black woman to represent North Carolina in the U.S. Senate, is the third Democrat to enter the race, joining Charlotte-area lawmaker Trevor Fuller and lawyer Eva Lee.