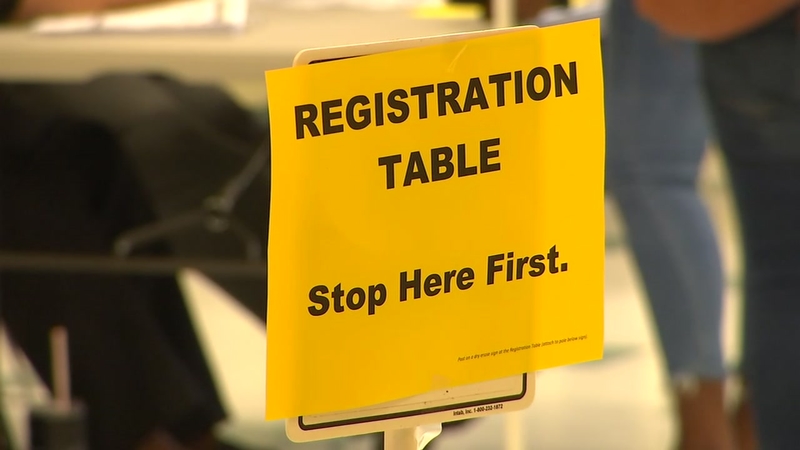 North Carolina voters approved four amendments to the state constitution on Tuesday, but it's now up to lawmakers to decide exactly what they mean.

"These were excellent proposals that drew strong bipartisan support to improve not only our state constitution but the lives of millions of North Carolinians," Speaker Tim Moore (R-Cleveland) and Senate President Phil Berger (R-Rockingham) said in a joint statement. "The people of this state have made their preferences clear for a lower maximum tax, stronger rights for victims of crime, secure elections systems, and constitutional protections for fishermen and hunters who enjoy our outdoors."

Despite voters' approval, however, the amendments do not necessarily count as policy; instead, they're more like principles. With the exception of the cap on income taxes, the three other amendments approved by voters lacked specifics - especially when it comes to the right to hunting and fishing and requiring photo identification to vote.

The ballot question on Voter ID actually offers no details on which forms of ID would be accepted at the polls, nor does it spell out how voters could properly attain an ID if they don't have one.

That's what lawmakers will be working on, and sources tell us the bill will be filed in time for the next special session scheduled for November 27 - a lame duck session where the Republicans still retain their veto-proof majorities in both the House and Senate. This scenario also offers a bit of irony - the voters who approved the amendments also elected a new makeup of the General Assembly, but that's not the General Assembly that will be legislating the effects of the amendments.

The lame-duck session, moreover, will have some of the same Republicans in office that crafted a Voter ID law in 2013 which was ultimately struck down in court.

Opponents of the law, including the American Civil Liberties Union, are now warning the GOP against passing a similar bill.

"The last time North Carolina enacted a photo ID requirement for voting, lawmakers designed restrictions that a federal court found targeted Black voters 'with almost surgical precision.' When the lame-duck General Assembly convenes to decide how to fill in the blanks of this new restriction, nothing short of the future of voting rights in North Carolina will be on the line.

"We will do everything in our power to hold lawmakers accountable and ensure that the final version of this law prevents no eligible voter from casting their ballot," Karen Anderson, Executive Director of the ACLU of North Carolina, asserts to ABC11. "Whether they are students, seniors, people of color, rural residents, or disabled, voters must be allowed to use a broad range of IDs, obtain a free photo ID if they need one, and be granted exceptions in reasonable circumstances. It's time for people across the state to stand up for their fellow North Carolinians and let lawmakers know that any discrimination against eligible voters will not be tolerated."
Report a correction or typo
Related topics:
politicsncelection resultsvotingelectionpoliticsi team
Copyright © 2021 WTVD-TV. All Rights Reserved.
I-TEAM
Tenants, housing advocates brace for end of eviction moratorium
As the Delta variant causes a COVID surge, how prepared are hospitals?
NC counties with more cases have fewer vaccinated residents
Why the future of Umstead State Park could hinge on one word
TOP STORIES
LATEST: Gov. Cooper to give COVID update this afternoon
Healthcare worker has message for vax-resistant hospital workers
FORECAST: Another 95-degree day today
Galaxycon kicks off Thursday in Raleigh
Some businesses reinstate mask mandate as COVID cases surge
UNC Psychiatry still seeing high demand as pandemic rages on
Show More
Billy Graham's grandson Jonathan Lotz out of ICU, to begin rehab
Canes defend unpopular signing as free agency begins
Tenants, housing advocates brace for end of eviction moratorium
How to keep your energy bill low when temps are high
As the Delta variant causes a COVID surge, how prepared are hospitals?
More TOP STORIES News