A photo of The Pontiac Silverdome in January 2006 vs. how the stadium looks today. (Gene J. Puskar / AP / Johnny Joo)

The Pontiac Silverdome, former home to the Detroit Lions, closed in 2006. But one photographer was able to capture the abandoned stadium's beauty eight years later. 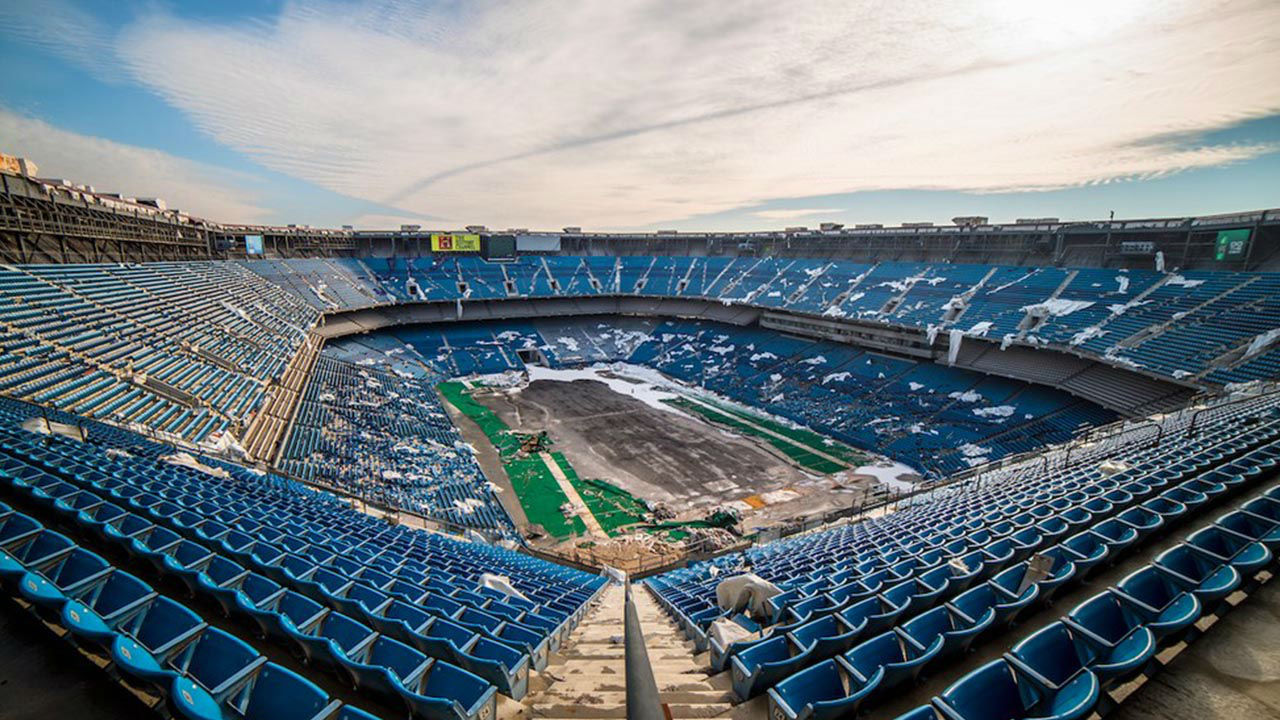 Photographer Johnny Joo was able to visit and capture images of the now the Pontiac Silverdome. Originally built in 1975 for $55.7 million dollars, the Silverdome hosted Super Bowl XVI, the 1979 NBA All-Star Game, the 1994 World Cup, and a visit from Pope John Paul II in 1987, amongst countless concerts and other events since the 1970's.

The stadium has auctioned off in 2009 for $583,000 and now sits completely abandoned, with its facilities becoming increasingly worn due to severe weather and lack of maintenance. Joo's photos capture the stadium with moss growing on luxury seating boxes and ceiling panels rotting on the floor.

Joo has continued to capture other empty and abandoned structures on his website Architectural Afterlife. You can learn more about his photography below.