US Quidditch regional championship happening in Goldsboro this weekend 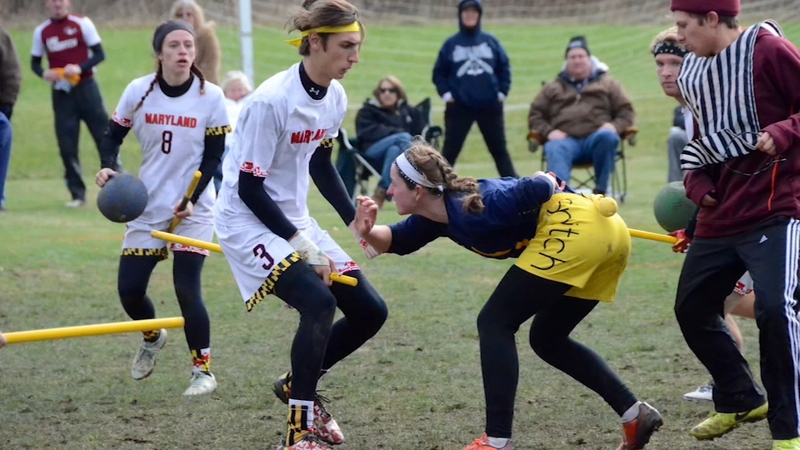 Grab your firebolts and lace up your robes, because the wizarding sport of Quidditch, created by JK Rowling for her wildly popular Harry Potter series, is going to take the field at the Bryan Multi-Sports Complex located just off Highway 70.

Quidditch is supposed to be played on flying brooms with other magical equipment. Since those aren't readily available in the Muggle world, innovative college students invented a version of the game that includes players running with ordinary brooms between their legs as well as a person wearing a tennis ball as a tail pretending to be the enchanted ball that when caught ends the game.

"I am happy to welcome US Quidditch to Goldsboro! We are proud to be the host city for this organization's first tournament in North Carolina," said Tim Salmon, Goldsboro city manager.

The first game of muggle quidditch was played in October 2005 at Middlebury College in Vermont. It has since spread across the country and now even has a national competition: US Quidditch Cup, which will take place April 18-19 in West Virginia.

The regional championship happening in Goldsboro is part of the qualification process for teams hoping to make it to the US Quidditch World Cup.