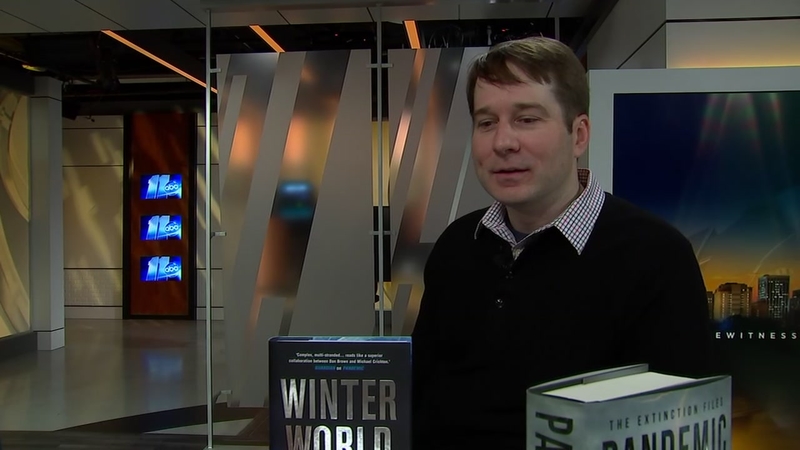 RALEIGH, N.C. (WTVD) -- Raleigh-based businessman A.G. Riddle had no writing experience when he was inspired to write a book.

Riddle was working as a tech consultant, helping to get Internet startups off the ground, when he decided to take a chance and write and self-publish his first book, "The Atlantis Gene" in March 2013.

"My first book was almost completely homemade," Riddle said. "I wrote the book, did my own edits and then my mom edited the book; she was a retired eighth-grade English teacher, and I made the cover myself. It was OK, the current covers are a lot better.

"In March of 2013, I put it out there, my now-wife put it on Facebook and hounded her friends to read this book," he added. "That's how it sort of got started."

Riddle self-published "The Atlantis Gene" through Kindle Direct Publishing (KDP) and said being able to self-publish gave him more control of his new career.

"Writing the first one is certainly the toughest, but there's never been a better time to release your novel, in my opinion," he said.

"The Atlantis Gene" became the first book of "The Origin Mystery," a trilogy that has sold more than 2 million copies in the United States. Riddle released his fourth novel, "Departure" in the fall of 2015. "Departure" follows the survivors of a flight that takes off in the present and crash-lands in a changed world. 20th Century Fox is developing "Departure" for a feature film. Several of his books have been picked up for film development.

"So, four of them are an option for feature films, so we'll see where that goes," Riddle said.