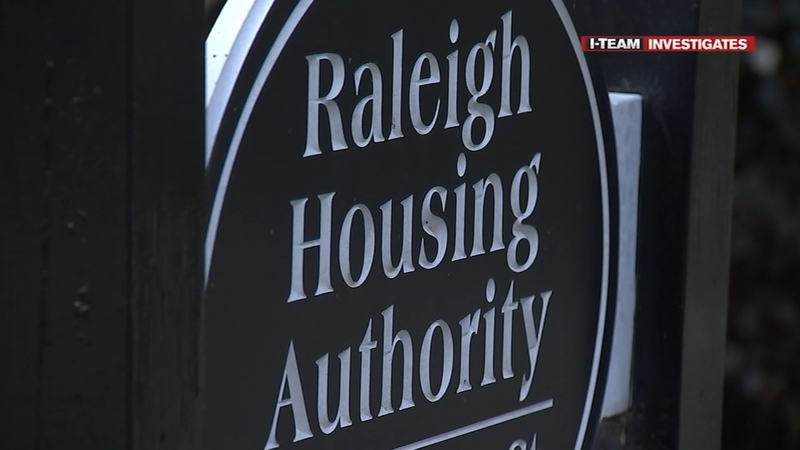 RALEIGH, N.C. (WTVD) -- Administrators at the Raleigh Housing Authority (RHA) are blaming staffing issues for the growing backlog of maintenance orders at its public housing units.

"Last year we completed 23,000 work orders and we have turned 276 vacant units, and so our maintenance staff is very busy, and they are stretched thin," Felton explained to ABC11. "And I understand the pressures of the job because I was the director of maintenance prior to being promoted to the executive director."

Currently, the turnaround time for work orders is up to seven days, however more urgent "life safety" requests can be completed within 2-3 days.

"We're trying to be creative and innovative to come up with different solutions to address this staffing problem, which, as you know, is widespread across the country," he said.

Despite the backlog, RHA is confident in the safety and wellbeing of the residents, especially in light of the carbon monoxide crisis at Durham's McDougald Terrace, as well as the devastating fires this year at public housing buildings in Philadelphia and New York.

"In 2017 and 2018 we went through all of our properties and replaced all of the smoke detectors and CO detectors in there, so we have brand new as of 2017 and 2018," Felton said. "We also put carbon monoxide detectors in units that do not have gas. They're all electric, but with the mindset that someone could bring in a grill or a gas grill something during the winter if we have a snow."

"The reason housing prices are so high today is because there's not enough of it," Marcia Fudge, U.S. Secretary of Housing and Urban Development, told ABC11 in a one-on-one interview. "We know we can make the situation better, we just need resources to do it and to do it."

According to Fudge, the Biden Administration is committed to building more than one million new housing units, but also to tackling issues that keep people in poverty and therefore relying on public housing.

"We have made it clear that young people who are burdened with student debt can be helped," she explained. "We are looking at the appraisal market. We know that a home is, in most people's lives, the most important and significant asset they have. We want to make sure we give them the value their homes deserve."

The Build Back Better Act, which so far remains stalled in the Senate, could commit as much as $150 billion to address these issues, Fudge said.

In North Carolina, Gov. Roy Cooper in 2020 proposed a $500 million affordable housing bond for this year, but to this point it has not gained much traction. The City of Raleigh, meanwhile, sought an $80 million bond and received the needed support from voters (Wake County has warned that it needs more than 60,000 affordable housing units to keep up with demand).

The RHA, meanwhile, is part of a pilot program that offers construction job training to residents.

"We have a lot of construction jobs here in Raleigh," Felton quipped. "You know getting people trained so they can get better jobs so they can increase their income. That opens them up to more options and that's a win-win for everyone."
Report a correction or typo
Related topics:
home & gardenraleighiteamhousingi teampublic housingraleigh news
Copyright © 2022 WTVD-TV. All Rights Reserved.
TOP STORIES
Supply chain issues may affect A/C repairs this summer
FTC warns about baby formula scams on the rise amid shortage
NY high court to determine if Bronx Zoo elephant is a person
Wake Forest police investigate after man found shot
CDC advisory panel greenlights booster shots for children ages 5 to 11
Two arrested in connection to Raleigh homicide
Family learned of loved one's death watching Buffalo shooter's video
Show More
2 years into COVID-19, some remain in complete isolation
Deep beach holes are dangerous, Outer Banks town warns
Record Breaking Heat Tomorrow
What is monkeypox? What to know after US confirms 1st 2022 case
Cary store owner says thieves stole 300 gallons of gas
More TOP STORIES News