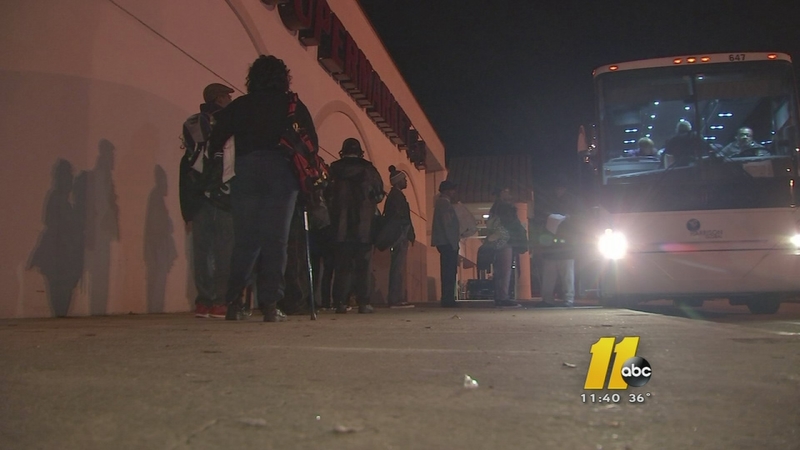 RALEIGH (WTVD) -- Buses filled with folks from the Triangle headed to the nation's capital early Saturday morning to take part in the National Justice for All March.

"We're going to D.C. for the national march against police violence," said Derek Alston. "I don't think that today's march will change things tomorrow but I think is the beginning. I think the ultimate goal is to get more people involved in [more] protests that are planned. I think it's more about sending a message. I'm coming back with ideas. I'm going to send a message to my elected officials that something needs to be done."

Phyllis Coley, who helped to arrange the bus trip to Washington D.C., told ABC11, "We will march from Freedom Plaza on the corner of 13th and Pennsylvania Avenue, past the Department of Justice, and it's on the steps of the U.S. Capitol that we will rally and where you have the families of Mike Brown and Eric Garner."

Garner died after another officer in New York put him in a chokehold while attempting to arrest him on suspicion of selling loose cigarettes.

The officers were not charged, which sparked several other protests and demonstrations in cities and towns across the nation, including Raleigh, Durham and Fayetteville.

Coley applauds the younger activists who are participating in the mass demonstration.

"When I was a teenager I marched, and I am doing the same thing over again because we are regressing, and I think that a lot of the things that we accomplished in the 60s and 70s we have lost. And so I'm very glad to see that we have young people that care."