Restaurant workers are quitting in droves. That might not change anytime soon 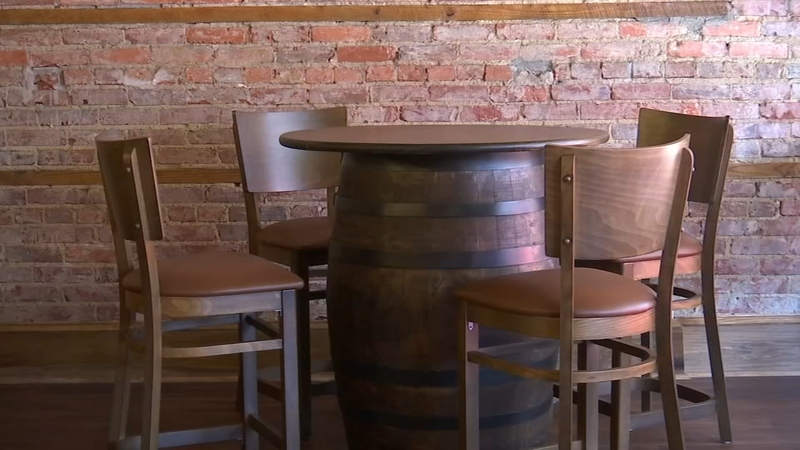 Restaurant workers are calling it quits just as people are starting to dine out again and restaurants rush to reopen.

In May, the rate of quits per share of employment in the accommodation and food services sector, which includes restaurants, was 5.7%, according to seasonally adjusted data released this week by the Bureau of Labor Statistics. That figure held steady from the month prior, and is higher than the quit rate across all sectors, which fell from 2.8% in April to 2.5% in May.

Is Thursday the new Monday? Flexible working is in flux

Restaurant workers have had a challenging time during the pandemic. Many had to close their dining rooms early in the pandemic, some of them permanently. It was months before those that survived could return to serving guests at full capacity, and many had to close periodically if staffers got sick or were exposed to Covid-19. Many workers were laid off suddenly, and some left the industry for good.

Servers in particular put themselves at risk of contracting Covid-19 by interacting with customers. On top of that, they had to police customers who pushed back on mask or social distancing policies - without risking losing tips by offending or upsetting them.

"People had to actually work harder to show that they were friendly and welcoming, despite the fact that their smile was covered up by a mask," said Alicia Ann Grandey, a psychology professor at Penn State who specializes in labor issues. "Trying to put on that friendly demeanor, even in the face of work stress and hostile customers, is linked to turnover," she added.

With a high rate of employees quitting, more could follow, according to those who study labor relations, perpetuating the high rates. To keep them on board, restaurants may have to improve what they offer.

When quit rates are high, "there's a feedback loop," said Rebecca Givan, an associate professor of labor studies and employment relations at Rutgers' School of Management and Labor Issues. "These jobs are very difficult. And if restaurants are short-staffed ... the jobs are worse, and they're harder," she said. "And so that can perpetuate the high quit rates."

There are plenty of reasons for restaurant workers to walk away from their jobs, Givan noted. They are expected to work unpredictable hours at a moment's notice, for example. That can make it challenging to plan for childcare or a second job, she said.

Restaurant "workers are realizing that there are higher quality jobs available" to them, she said.

Anthony Klotz, an associate professor of management at Texas A&M's business school, has a different name for that feedback loop. "We refer to that as turnover contagion," he said. Turnover contagion doesn't only lead to burnt out employees, he said. It also makes frustrated workers think more about their options.

"Whenever your co-worker leaves, it causes you to think ... 'what is she going to do next? And am I missing out on that opportunity?'"

Now that the pandemic has upended the traditional office model, "there's this huge assortment of work arrangements that run the spectrum from fully in-person to fully remote and everything in between," he added. Restaurant workers, who can't do their jobs from home, "may want to go explore those other work arrangements and see how they fit their life."

How to keep people from quitting

Mark Zandi, chief economist at Moody's Analytics, previously told CNN Business he's hopeful that some labor shortages will ease when schools reopen and enhanced unemployment benefits expire in the fall. But he and others warn that worker shortages could persist.

Job openings in the accommodation and food services sector increased from 1.16 million in April to 1.25 million in May.

To entice workers to stay - and to hire more people - restaurants have been raising wages. Darden Restaurants, which owns Olive Garden, announced in March that it is hiking pay. McDonald's, too, announced wage hikes for employees at corporate-owned stores in May. Others have done the same.

But higher wages aren't always enough to get people to stay, said Givan. "If (you) don't have enough hours, even a better hourly wage doesn't allow you to pay your rent or put food on the table," she said.

To keep workers, restaurants "have to think carefully about how to make these good jobs and multiple respects, Givan said.