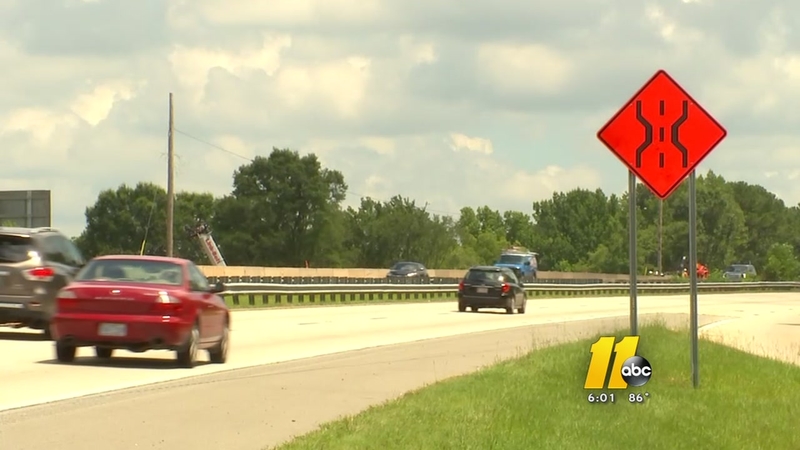 The shift was implemented on June 24 for the East End Connector project, which will allow drivers to travel non-stop between I-85 and I-40, the Triangle Expressway and US 1 in southern Wake County.

"The white lines, they're going one direction and the old ones are still there so if you don't pay attention, you could be in the wrong lane," said driver Stephanie Garcia.

Garcia said she drives on the Durham Freeway every day and has seen various backups since the change.

"Drivers are slamming on their breaks and it just creates a lot of traffic right in the area," she said.

To add to the confusion for some drivers, there's black asphalt and lighter concrete on the same road.

Bumpass, of Thomas Concrete said he's been working on the project and said the traffic shift can be dangerous if someone isn't paying attention.

"It's an accident waiting to happen," Bumpass said.

But Steve Abbott, spokesman for the NCDOT, said there's only been one crash in the area since the traffic shift. And he said a mechanical issue was to blame for the June 26 wreck.

Abbott said it all comes down to slowing down and keeping your eye on the road.

"Just follow the lane striping, which designates the lanes," he said.

But Garcia has another idea.

"I think they need to go back and redo those lines so it can be clear what lane you need to be in," she said.

After mentioning this request to NCDOT, Abbott said they'll work with the contractor to make the old markings less visible.