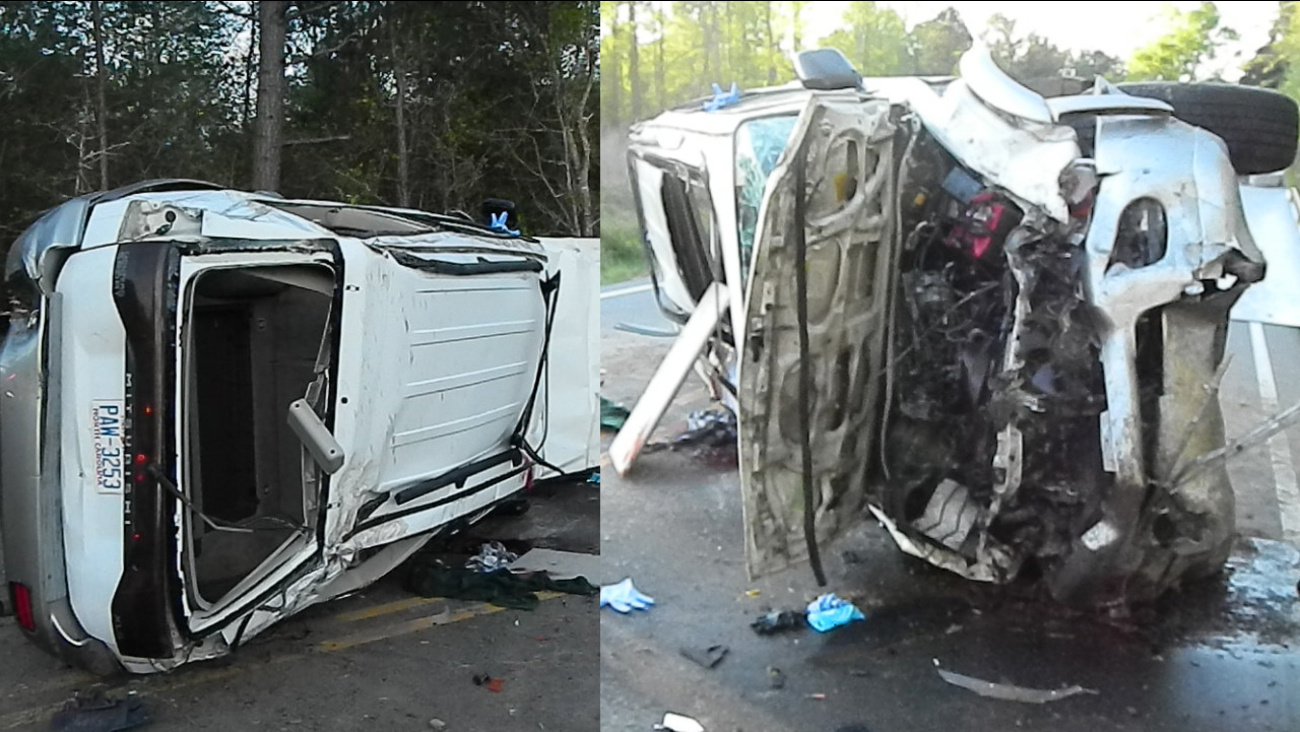 PINEBLUFF, N.C. (WTVD) -- Two people were taken to the hospital after their vehicle overturned outside Pinebluff Saturday evening.

The vehicle appeared to come around a curve when the driver lost control, The Aberdeen Times reports. The vehicle went airborne and hit several trees before stopping on its side in the middle of the road.

There were more than 200 feet of skid marks before the SUV left the roadway.

The two men inside were pinned in the overturned vehicle until firefighters could get them out. They were taken to a hospital in Pinehurst.

The cause of the accident is under investigation.