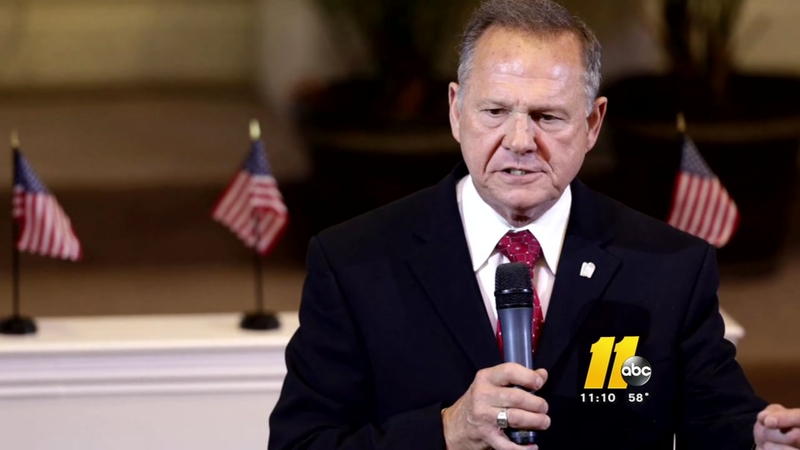 Roy Moore's U.S. Senate race in Alabama has Republicans around the country split on whether he should drop out for the good of the party or stay in to help ensure a GOP majority in the Senate.

Scrolling through State Rep. Michael Speciale's Facebook page, one can quickly determine the conservative Republican from Craven County, North Carolina has picked his side. He stands with Moore.

Speciale, signed on to a resolution by a group called The God and Country Christian Alliance of New Bern. It's a full-throated endorsement of Moore.

Speciale defended the endorsement on his Facebook page; writing that he's a member of the alliance, was there when the resolution was voted on and "wholeheartedly" supports it.

ABC11 tried reaching out to Speciale by phone, email, and Facebook but did not hear back. He joins President Donald Trump and the president's former senior adviser Steve Bannon (who campaigned for Moore on Tuesday night) in their support for the embattled candidate accused of sexual misconduct, decades ago, by women who were then teenagers. One of the women was just 14 when she alleges Moore initiated sexual contact, while he was in his 30s.

"As chairman of the North Carolina Democratic Party, I think it is shameful," Wayne Goodwin said about Speciale's endorsement of Moore. "For someone to put party above the safety of our women and children is just uncalled for and I'm shocked."

Speciale's Facebook post goes on to say, "If the accusations against Roy Moore are proven, then I will withdraw my support but accusations do not prove guilt. This is still America and we are still innocent until proven guilty."

"It is, I believe, disrespectful and offensive to discount the women who have come forward and reported something that has bothered them for a long time," Goodwin said.

Speciale's endorsement stands out because most Republicans in the General Assembly have stayed quiet about Roy Moore.