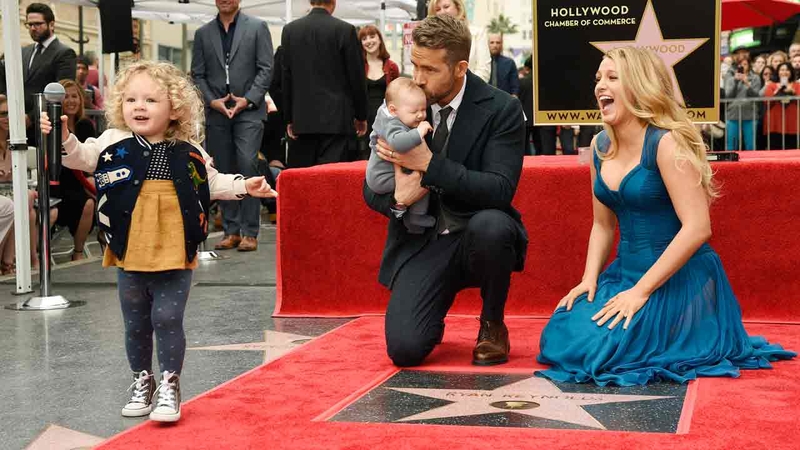 LOS ANGELES -- Actor Ryan Reynolds got upstaged at his own Hollywood Walk of Fame ceremony on Thursday, but he did not seem to mind.

Reynolds and his wife, actress Blake Lively, brought their two young daughters to the unveiling ceremony.

The celebration marked the first-ever public appearance for the two little ones.

The actor told the crowd Lively has given him his favorite role to date: proud papa.

Reynolds' daughter, James, showed her own "star" potential. The 2-year-old snuck behind the podium and grabbed the microphone. She clearly enjoyed cheers from the crowd.

Reynolds received the 2,596th star on the Hollywood Walk of Fame, three days after being nominated for a Golden Globe award for his performance in "Deadpool."

Born in Vancouver, British Columbia, the actor began his career in 1991 when he starred in the Canadian-produced teen soap opera "Hillside," which aired in the U.S. as "Fifteen" on Nickelodeon.

Reynolds' other films include "Woman in Gold," "Safe House," "The Change Up," "The Proposal," "Green Lantern" and "X-Men Origins: Wolverine."