Confederate soldier statue in downtown Clinton removed after being vandalized 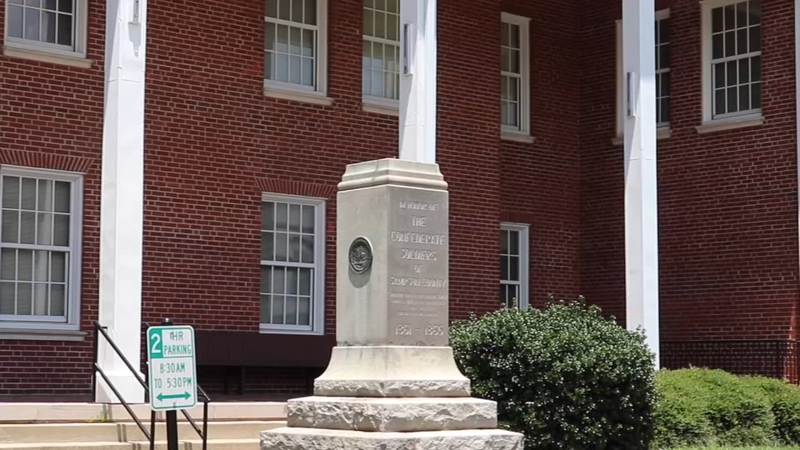 Confederate soldier statue in downtown Clinton removed after being vandalized

CLINTON, N.C. (WTVD) -- A statue honoring Confederate soldiers in downtown Clinton has been removed from in front of the Sampson County Courthouse after being vandalized overnight.

Early Saturday morning, Clinton police officers learned that the monument was partially pulled over the monument, according to the Sampson County Sheriff's Office.


After seeing an increase in peaceful protest within the county, last Tuesday, the Clinton City Council adopted a resolution urging county leaders to explore options to remove the monument from county-owned land.
The city hopes the resolution promotes "racial equity and justice."

According to Lt. Marcus Smith, the Sheriff's Office is actively investigating the vandalism as a criminal incident.


"Make no mistake, as a Sheriff's Office we will not tolerate lawlessness and will work closely with the city of Clinton and the District Attorney's Office to seek full prosecution for those responsible," Smith said in a news release.

Anyone with information on the vandalism is asked to contact the SHeriff's Office at (910) 592-4141.