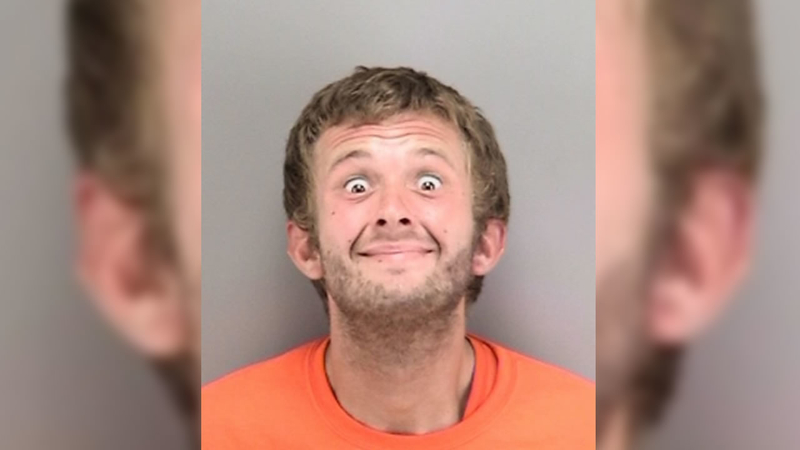 Suspect released after being charged in attack of SF woman

SAN FRANCISCO -- People in the Bay Area were shocked to see surveillance video of a man attacking a woman as she tried to enter her apartment building in San Francisco. That man was released Tuesday by a San Francisco Superior Court judge.

"I started crying and I could not continue the conversation," said Paneez Kosarian who was notified by the District Attorney's office following the release of the man Austin James Vincent, the man who attacked her.

VIDEO: Woman attacked in front of home by man believed to be homeless

Video shows Paneez Kosarian trying to get through the front door of her building, when Vincent, believed to be homeless, grabs her, pulling her away from the door and onto the ground. He continues to grab her. She finally crawls inside. It ends as she and the person at the front desk try to keep him out.

Vincent was arrested and charged with battery, false imprisonment and second-degree robbery. He appeared in court for the first time Tuesday.

The D.A.'s office told us, "Prosecutors expressed concerns about his release. Ultimately, the court released him on assertive case management."

Vincent walked away even after the judge read the police report, the public safety assessment-- and yes, watched the video.

"The judge has seen the video. She still thinks that this man is OK to be on the streets," she said.

Instead, the judge ordered Vincent enrolled in a program with assertive case management which falls under the jurisdiction of the San Francisco Pretrial Diversion Project.

David Mauroff, the CEO of the San Francisco Pretrial Diversion Project, said, "They're looking at the police report, they're in the courtroom with the client, they are listening to the D.A., public defender."

ABC7 reporter Lyanne Melendez: "But public safety? He threw her to the ground, she is fighting for her life, where is the public safety there?"

Mauroff: "Our role is to follow up with their recovery and we take that very seriously as we would each of our clients."

"A criminal was released. He is free, I'm not. I'm in prison in my own house," Paneez said.

The judge also ordered Vincent to stay away from the victim.