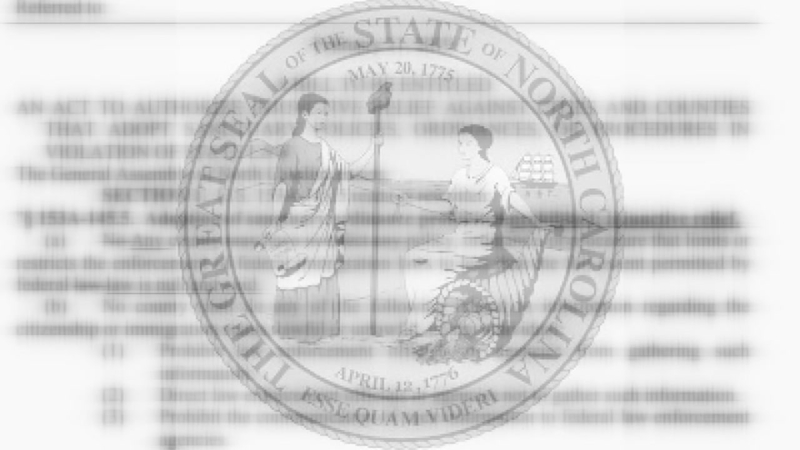 RALEIGH, N.C. (WTVD) -- Members of the North Carolina House of Representatives voted in favor of a bill prohibiting sanctuary cities.

"This is a good bill," said Rep. Michael Speciale, R-District 3, and a bill sponsor. "This allows the citizens to step up to the plate and be able to stand up for what they believe in. I think everyone should support it. It's a great bill."

House Bill 135 prohibits counties and cities from enacting sanctuary ordinances or limiting or restricting the enforcement of federal immigration laws.

It also allows lawsuits against those in violation.

"It'll authorize any person to bring an action of injunctive relief against the city or county enacting the sanctuary ordinance," said Rep. George Cleveland, R-District 14, and a bill sponsor.

RELATED: Rally outside Executive Mansion in protest of these bills

"All this bill does is provide a legal mechanism for anyone, any person or corporation, to sue cities and counties who wish to impede or interfere with immigration policies," said Moises Serrano, El Pueblo's Political Director.

It comes days after the General Assembly passed House Bill 370, which requires local law enforcement to cooperate with ICE. The Senate passed the bill with some changes, so it must go back to the House for concurrence before it can go to Gov. Roy Cooper's desk.

"The (undocumented) immigrant community is already scared of contacting local law enforcement," Serrano said. "We have seen victims of domestic violence are less likely to interact with local police."