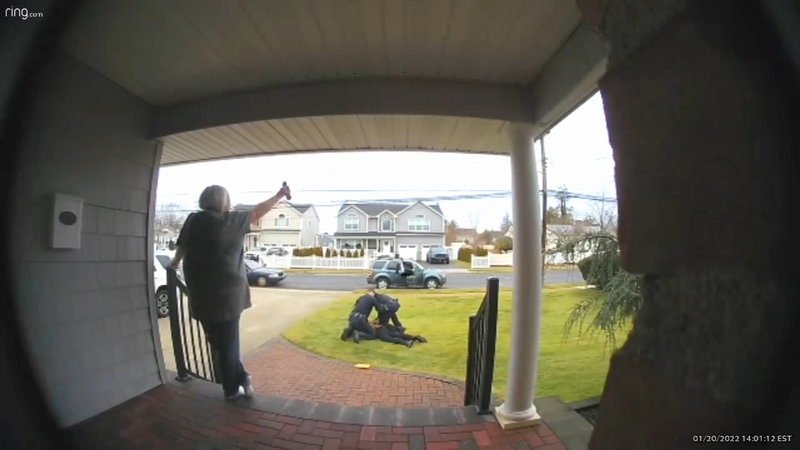 SEAFORD, N.Y. -- Elderly Americans lose billions of dollars each year in targeted scams, but one New York grandmother decided to turn the tables on an unsuspecting fraudster.

A 73-year-old woman from Seaford, Long Island -- who asked only to be identified by her first name, Jean -- received a suspicious call Thursday afternoon from a man claiming to be her grandson.

"I knew he was a real scammer ... I just knew he wasn't going to scam me," the former 911 dispatcher said.
The man on the other line said police arrested him for drunk driving and put him in jail.

"He started calling me grandma, and I don't have a grandson who drives, so I knew it was a scam," Jean told WCBS.

Even though she knew it was a hoax, the senior decided to play along. After several calls back and forth, a person claiming to be her grandson's lawyer said she needed to provide $8,000 for bail.

Meanwhile, Jean contacted police, and officers told her to play along with the scam. Soon after, a fake "bail bondsman" told her that he was in the neighborhood and could stop by her home to pick up the cash.

"I told him I had the money in the house, and I figure he's not going to fall for that," she said. "Well, he fell for it. Hook, line and sinker."

When the man arrived to take the money, Jean handed him an envelope stuffed with paper towels. As he walked away, waiting officers pounced and arrested the alleged scammer, identified as 28-year-old Joshua Estrella Gomez.

Jean hopes her story serves as a cautionary tale for others.