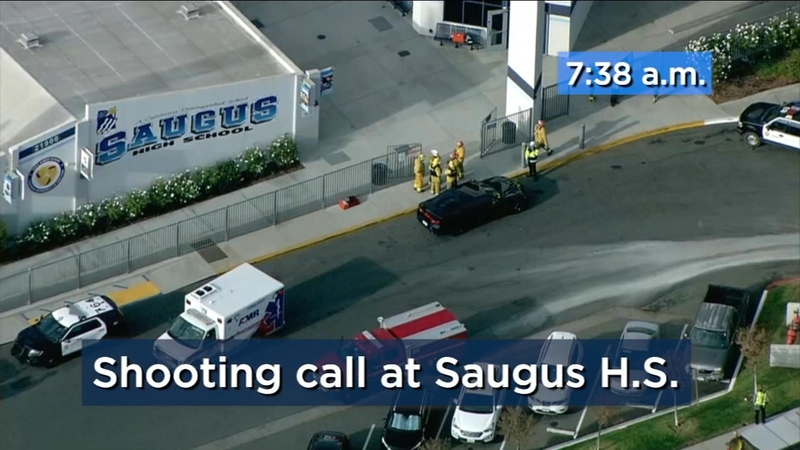 SANTA CLARITA, Calif. -- A student gunman opened fire Thursday at a Southern California high school, killing two students, wounding three others and shooting himself in the head, authorities said. He was in grave condition.

Here's a timeline of what happened according to an account provided by Los Angeles County Sheriff Alex Villanueva and Capt. Kent Wegener at a news conference on Thursday as well as social media posts from law enforcement: