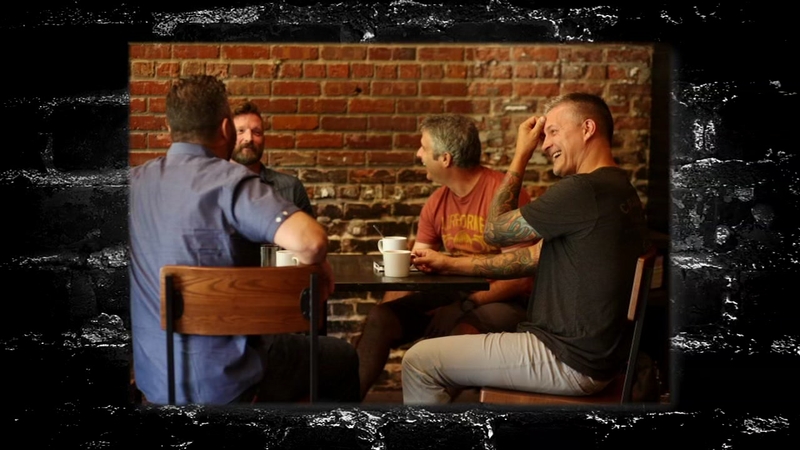 Raleigh chef looks to bring balance to the restaurant culture

RALEIGH (WTVD) -- Raleigh chef Scott Crawford has achieved success and fame in the kitchen. Now he's working on another goal -- remaking the culture of the restaurant industry. And that's because he's experienced the dark side of it.

Crawford is the chef and owner of Crawford and Son on Person St. in Raleigh. He was previously the chef at the Umstead Hotel and Standard Foods.

And he knows about the burnout -- and subsequent self medicating -- that comes with working in the kitchen.

Crawford has been sober for fourteen years and now uses his sobriety to help others.

In the kitchen, his cooking has earned him endless accolades. He's been a James Beard semifinalist for "Best Chef: Southeast" five times, and he has a very loyal following.

But now, Crawford told ABC11, he is focused on something bigger. He describes it as human sustainability in the food and beverage industry. He encourages his staff to find a healthy work-life balance and tries to lead by example.

"We've had a culture in this industry, especially in the kitchen, that's not been sustainable. Heavy burn out, heavy depression and stress, self-medicated with drugs and alcohol."

"I was the good time partier and it just at some point turned dark, and it became unmanageable," said Crawford. "If you've heard of it, I was probably addicted to it."

He is the co-founder of a support group called Ben's Friends, named for Ben Murray, a lifelong Charleston chef who took his own life while struggling with alcoholism.

Crawford started the Raleigh chapter and closes his restaurant on Sundays and Mondays to host group meetings.

"It's a fantastic, diverse group of people with all sorts of faces of addiction and alcoholism," said Crawford. "We all have one thing in common, we want to live right and be sober and be in this industry."

Crawford shares with the support group the tools that have helped him in recovery.

"Choosing where you work. Choosing carefully the people that you surround yourself with, navigating through wine tastings, alcohol tastings, are you ready to taste, but not consume?" Crawford advises group members.

He also shares how sobriety has dramatically improved his life.

A French bistro next door to Crawford and Son will open in July, and a steakhouse at the Fenton development in Cary should be ready in late 2020.

The bistro will be named for his daughter, Jolie.

Crawford says his family came up with the idea on a trip to Paris.

"Classical French cooking was part of my foundation early in my career, and it's sort of like coming full circle," says Crawford.

Crawford is excited about his two new restaurants but says he is most gratified by helping reinvent the restaurant industry.

"It's talking about it and putting our heads together and exposing all of the underbelly and the ugliness of the industry and being OK with the fact that it's messy and we are as humans messy and we have issues and it's OK."
Report a correction or typo
Related topics:
societyraleighfoodieaddictionrestaurant
Copyright © 2022 WTVD-TV. All Rights Reserved.
TOP STORIES
Court papers show how investigators linked suspect in Hedgepeth murder
Supreme Court to hear challenge to race in college admissions
George Floyd's family reacts as civil rights trial begins
Eateries hope for community support during Triangle Restaurant Week
Mental health providers of color see influx of patients
Getting paid on Venmo or Cash App? New tax rule might apply to you
Alex Murdaugh hit with more charges connected to 4 new clients
Show More
8,500 troops placed on heightened alert for European deployment
LATEST: Next steps in fight against COVID-19
Cruise ship takes passengers to Bahamas to avoid Florida warrant
Amy Schneider details historic 'Jeopardy' run on 'GMA': VIDEO
Defense: Chauvin called 'all of the shots' when Floyd killed
More TOP STORIES News