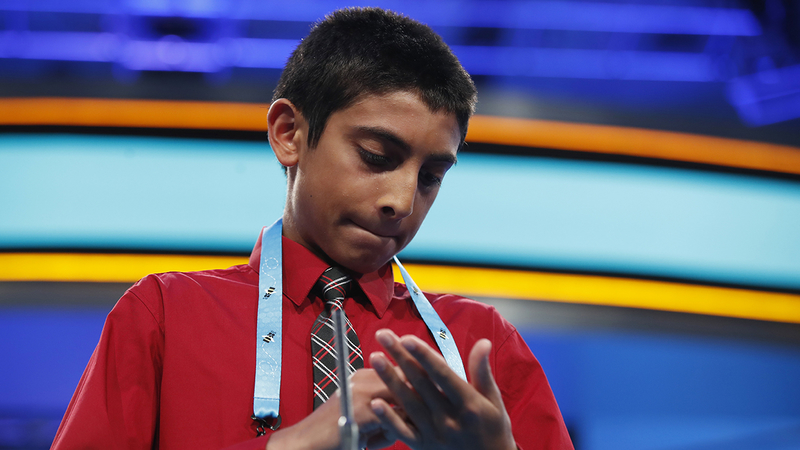 An eighth-grader from Wake County is feeling the agony of defeat after going up against some of the top spellers in the country Thursday night.

Rohan Sachdev, 14, was one of 15 finalist in the Scripps National Spelling Bee in Washington, DC.

Sachdev had to be perfect in the preliminary rounds and he was; correctly spelling "trachelate," "incinerate," "purlieu," "debiteuse," "commis," and "yacata."

But, the pressure was on in the final round, and Sachdev was the first speller called up to spell.

The word he received was "panniculitis," an inflammation in the abdominal layer of fat.

Sachdev was close in his spelling, but missed the second "n."