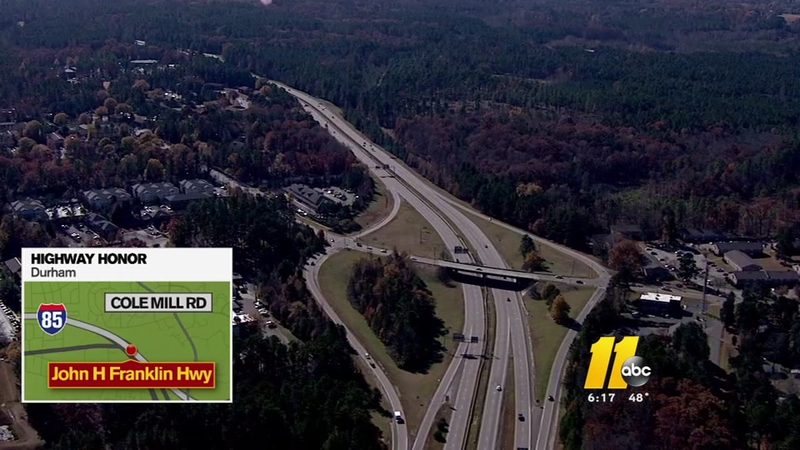 Signs are now up along I-85, naming the section of highway between the U.S. 70 Bypass and Cole Mill Road in Dr. Franklin's honor. A replica of the signs was unveiled by family members during today's event. Dr. Franklin died at the age of 94 in 2009.

"We in Durham consider him ours," Bell said, and he added, "(for him) to be a part of our lives, we are forever grateful."

Franklin was a part of the NAACP legal efforts in the 1954 "Brown vs. Topeka Board of Education" case when the U.S. Supreme Court ruled that state laws allowing separate public schools for black and white students are unconstitutional.

He also took part in the famed 1965 civil rights march led by Dr. Martin Luther King, Jr. from Selma, Ala. to the steps of the Alabama Capitol in Montgomery. Among his numerous awards is the Order of the Long Leaf Pine, North Carolina's highest honor for exemplary service to the state and the local community.

John Hope Franklin tends to orchids in his backyard greenhouse in Durham on Aug. 25, 1997.