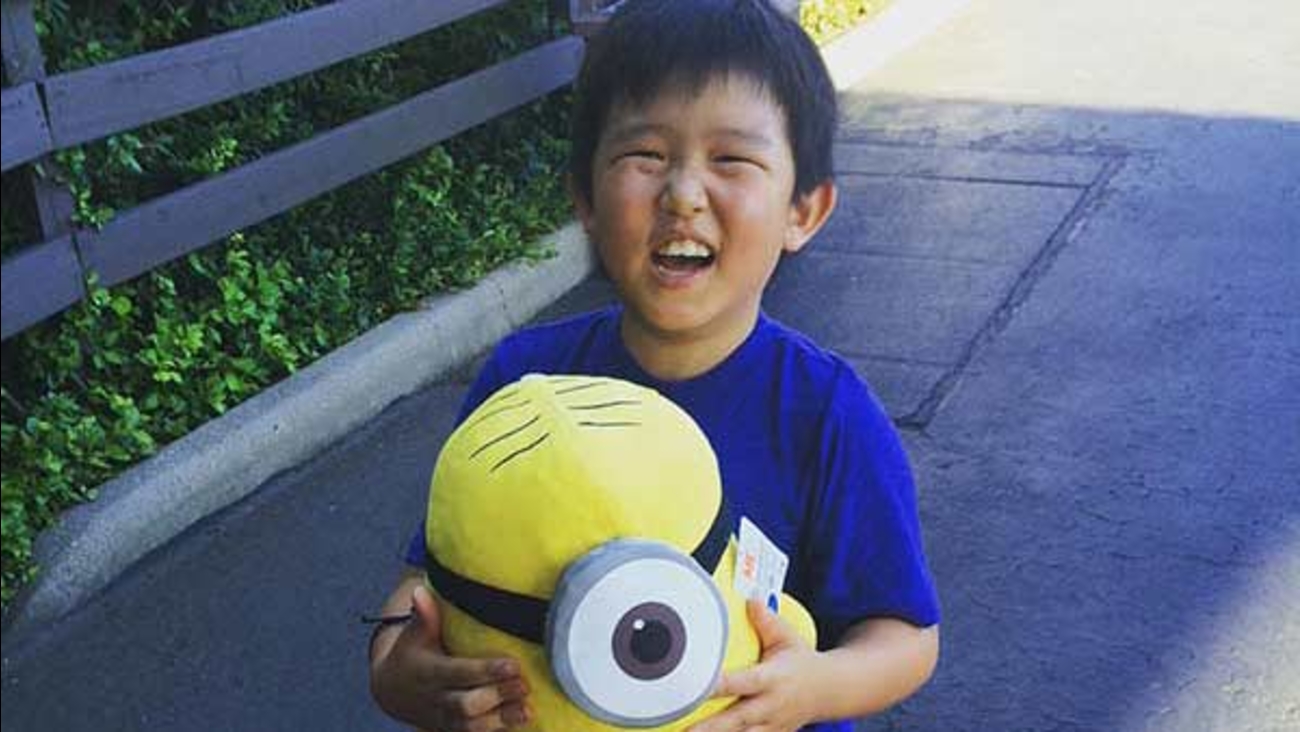 Mom Cori Mohr says her son Seth has always come up with unique Halloween costume ideas - including the statue at the top of the Superdawg restaurant and a reindeer from The Polar Express movie.

And she says for the last few years, the Glenview second-grader's dream job has been to be a ride operator at Six Flags Great America. So this year, that's what Seth decided he wanted to dress as for Halloween.

"Some kids live out their fantasies of being a super hero through a Halloween costume, and Seth wanted to live out his," Mohr said in an email interview with ABC7 Chicago.

Mohr said Seth, who has special needs, constantly asks the ride operators at Six Flags about their uniforms, keys, and other job tools. She says he loves watching them do their safety checks, even recording them to take home and watch.

"His obsession to small details and wanting the 'SAME' made it hard for me to pass off a generic gift shop shirt as the uniform. I was panicking a little bit because I was willing to pay whatever it cost to make this happen for him, but there isn't really a retail market for that kind of stuff," Mohr said.

Mohr even reached out on Facebook, hoping someone might be a former employee who kept their shirt. Mohr said within 20 minutes of posting, she was contacted by Six Flags staff and offered a shirt and badge.

They soon visited the park to live out the dream.

"Seth walked into the park like he belonged there. He truly felt like he worked there. Many of the operators and other employees seemed surprised to see a little kid with an actual shirt and badge, but they were all delighted," Mohr said.

Mohr said Seth was so excited to be assured by all the staff that his shirt was just like theirs and that he had an authentic uniform; they even called him "coworker."

"One special employee, Ryan, who was working at Winner's Circle, noticed that Seth was bummed that he didn't have a whistle on his lanyard," Mohr said. "Ryan was so kind and took his whistle off and gave it to Seth."

Mohr says Seth's favorite ride is Triple Play, and that's the ride he ultimately wants to operate. His other favorite ride is the Condor, which just reopened a couple weeks ago, just in time for Seth's visit.

"If you ask Seth, he really thinks he is a team member. He thinks his key is a real ride key that just won't work on the rides until he is 16. But this feeling of truly being a part of the Six Flags team is a really special thing for him, and something that his dad, Jeff, and I are so grateful for!" Mohr said.